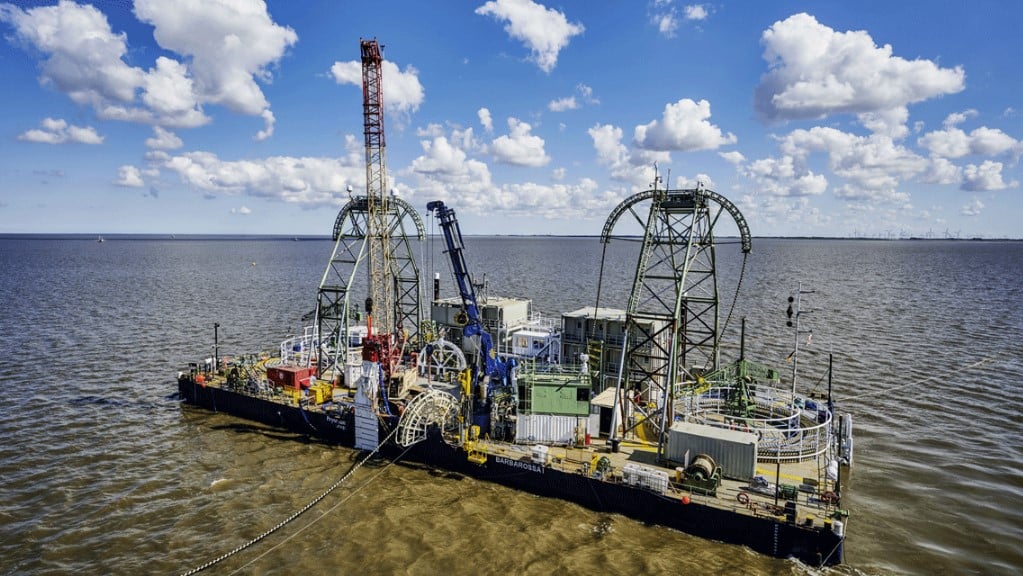 Prysmian Group has expanded its cable-laying fleet to five vessels with the addition of the ultra-shallow-water barge Barbarossa I.

With the addition of Barbarossa I, Prysmian said it can now provide the full range of subsea cable-laying solutions, from the shallowest coastal waters in Northern Europe to the profoundest depths of the Mediterranean Sea and can execute projects in shallow waters without recourse to a subcontractor.

“We are providing our clients the full package in-house. We acquired Barbarossa I to round out our equipment portfolio, so that we can carry out a series of activities that are specific to areas with these shallow conditions,” said Valerio Acquaotta, head of Installation for Marine Operations at Prysmian Powerlink.

The vessel’s maiden voyage for Prysmian was to the tidal flats of the northern coast of Germany, where the company is installing approximately 130 kilometers of onshore and subsea cables for the DolWin5 offshore grid connection project.

Barbarossa I has been outfitted with new cable installation equipment such as cable linear engines, winches, cable tanks, and monitoring and control systems. For DolWin5, it has been equipped with a vibro sword capable of burying cables under the seabed.

Besides new equipment, the 67-meter-long vessel has been able to house 30 people without the need for an accommodation barge alongside, Prysmian said.