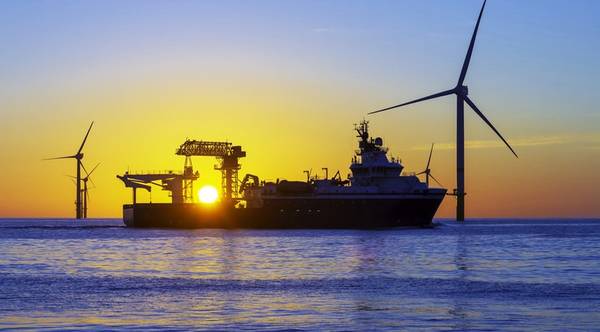 (OEM) MJR Power and Automation, a UK company which will soon install charging points for electric crew transfer vessels (CTVs) on the Lynn and Inner Dowsing offshore wind farms, has been awarded a second round of government funding for development of its technology to connect and charge Service Operation Vessels (SOVs), Platform Supply Vessels (PSVs), and other similar vessels.

MJR secured the first round of funding under the Clean Maritime Demonstration Competition, funded by the UK Department for Transport and delivered in partnership with Innovate UK, back in September 2021.

This enabled the company to fast track the development and factory testing of an electrical offshore charging vessel system suitable for CTVs, which is now in its final stages of testing with deployment expected imminently.

Now, with the funding from the Clean Maritime Demonstration Competition Round 2 (CMDC2), which was launched in May 2022, MJR will accelerate the development and prototyping of its system to allow SOVs, PSVs, and other vessel types to connect to a offshore wind turbines in the field.

As part of the next phase of development, the company will lead a consortium of partners to deliver the project over the next eight months.

“At present, the shift to fully electric and meaningful hybrid electric power – for many vessels – is hampered by a lack of available infrastructure for recharging offshore, with shore power and shoreside charging facilities being very limited or non-existent”, the company said in a press release on 6 October..

“As such, MJR Power and Automation’s innovation is already set to break down existing range barriers for CTVs – and now additional vessels with the next round of grant funding – to increase the uptake of fully electric and green propulsion systems, for retrofit and new build vessels by vessel owners and operators”.

According to the marine electrical engineering specialist, it is estimated that the range of vessels working in offshore operations, powered by Marine Gasoil (MGO), are responsible for producing a total of 285,000 tonnes of CO2 emissions per annum in the UK alone.

The ability to charge in the field and use renewable energy will significantly accelerate adoption of current emission-free propulsion systems which will be a major asset for the decarbonisation of the UK and global maritime sector, MJR said.