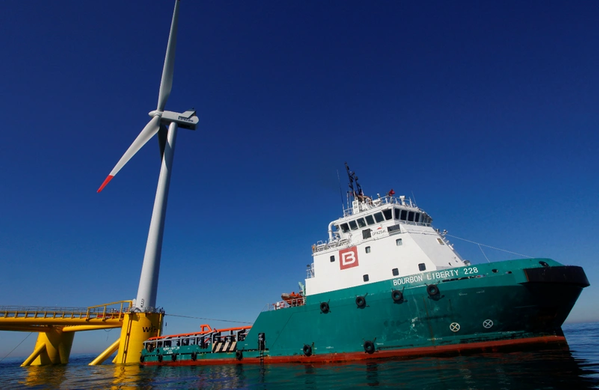 BOURBON has formed a new division dedicated to offshore wind.

The company aims to become a major player in this industry, providing pre-studies, transport and installation services, field maintenance, floaters repair and personnel transport, supporting projects from 250 MW to 1 GW by 2030.

Bourbon Wind will coordinate all the group’s activities in this field, creating important cross-functional synergies between:

Patrick Belenfant will lead the new division. According to BOURBON, he and his team initiated the first floating wind turbine installation offshore Portugal in 2011.

In May, BOURBON announced its support to the Eolmed wind project that comprised three floaters each fitted with 10-MW turbines, which are due to be installed by mid-2024.

In mid-June, BOURBON and IWS Fleet AS, the vessel owning-subsidiary of Integrated Wind Solutions ASA, formed a partnership to address commissioning and maintenance of wind farms offshore France.