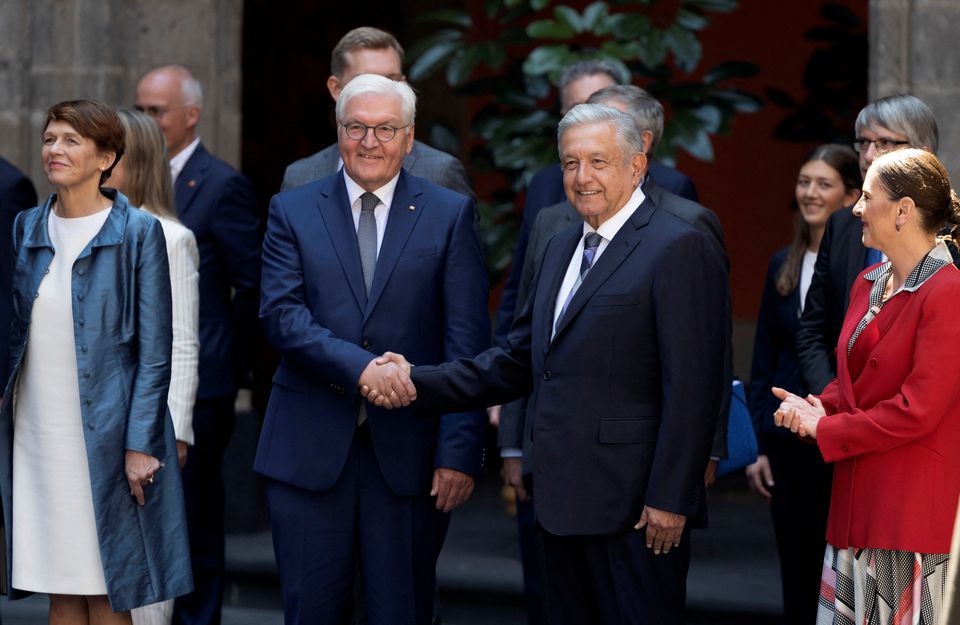 (Reuters) – Mexico’s President Andres Manuel Lopez Obrador offered to help with a key fuel in high demand across Europe, the German president told reporters in the Mexican capital on Tuesday, amid a supply squeeze following Russia’s invasion of Ukraine.

President Frank-Walter Steinmeier, Germany’s head of state, made the comments following a meeting with Lopez Obrador.

“The Mexican president offered to step up cooperation on liquid gas,” said Steinmeier, without going into further detail.

As Russia has progressively cut off natural gas supplies via pipeline to Germany and other European countries over the past few months, electricity prices have sky-rocketed across the continent and provoked a scramble to secure alternative supplies for both heating and industrial uses.

While typically more expensive than gas transported by pipelines, liquefied natural gas (LNG) can be sent in tanker ships to gasification plants and demand for the fuel has risen dramatically in recent months.

Mexico, however, does not yet commercially export LNG, even though it is one of Latin America’s top crude oil exporters.