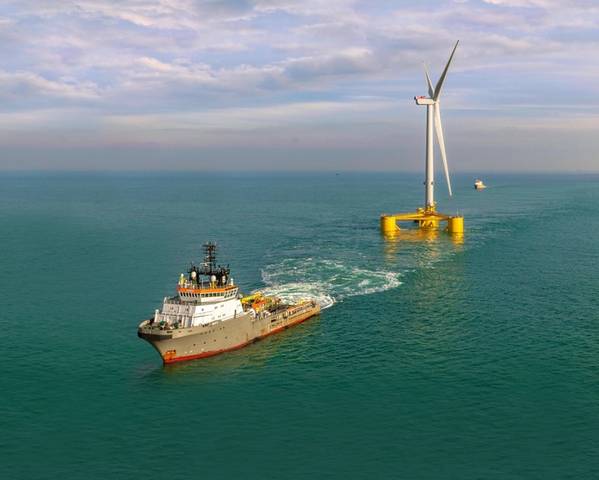 (Reuters) Dutch dredging and marine services firm Boskalis on Thursday slightly raised its 2022 profit outlook after a half-year earnings beat, as the West seeks to replace Russian gas with other energy sources.

The group, which offers marine services and contracting for the oil and gas sector and offshore wind industry, reported core profit (EBITDA) of 292 million euros ($297 million) in the first six months of the year, against analysts’ average estimate of 279 million euros.

Russia’s invasion of Ukraine has prompted European countries to reduce their reliance on Russian gas and turn to alternative energy sources, creating an opportunity for firms that assist in operating liquefied natural gas terminals or offshore wind projects.

More than 60% of Boskalis’ current portfolio consists of offshore wind projects, and it sees a further boost to this as the U.S. and European governments plan more investments in green energy, CEO Peter Berdowski said.

Its offshore energy division saw strong demand in the first half of 2022 from both the offshore wind market and the traditional oil and gas market.

The group sees second-half EBITDA in line with the first six months, driven by its solid order book of 5.37 billion euros at the end of June.

Excluding a 50-million-euro book gain from divestments, this would bring the full-year EBITDA estimate to around 484 million euros against earlier guidance of over 462 million.

Berdowski added that in the Middle East, investments that had been put on ice were quickly returning to the market and the pipeline of infrastructure-related tenders in the United Arab Emirates and Saudi Arabia was increasing.

Boskalis’ shareholders are set to discuss a June takeover bid from majority shareholder HAL HLAN.AS on Aug. 24, and the group expects to have more clarity on this in September.