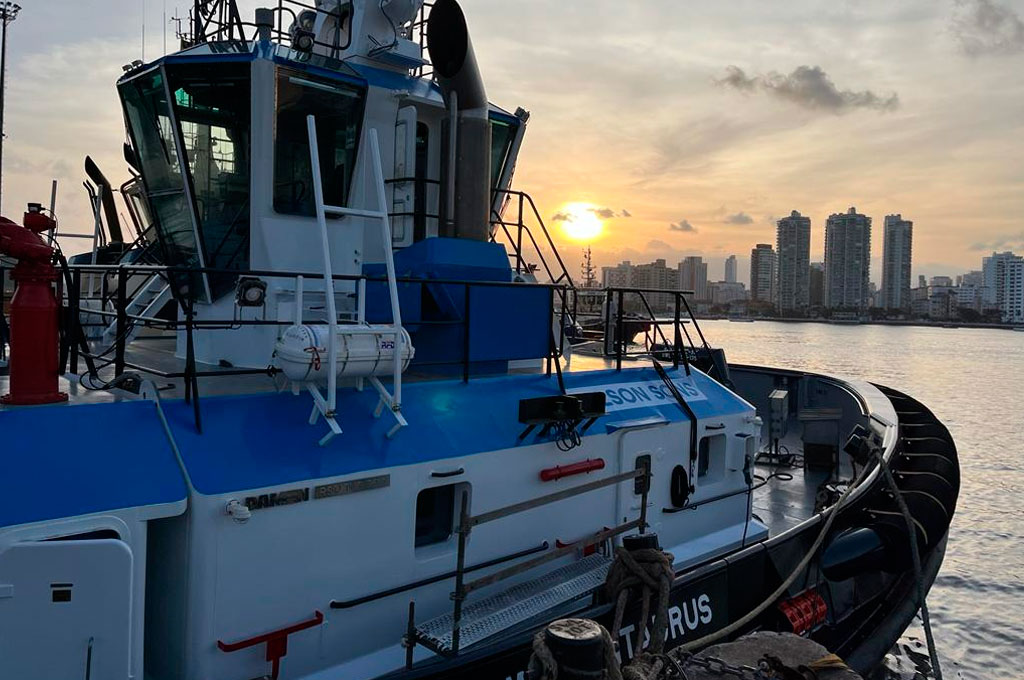 Wilson Sons registered net revenues of R$539.6 million (US$109.6 million) in the second quarter of 2022 (2Q22), up 6% against the 2021 comparative. In the first six months of the year (6M22), revenues totalled R$1.1 billion (US$211,0 million), a 5% increase year-over-year. The company, listed on the Novo Mercado segment under ticker symbol PORT3, released its financial results this Wednesday, August 10, at the close of trading session on the Brazilian stock exchange B3 S.A. – Brasil, Bolsa, Balcão (B3).

The company’s robust performance in the quarter was driven by positive towage results. Revenues from the division rose 4% over the same period of 2021, benefitting from a better revenue mix and higher average revenue per manoeuvre.

Another segment that performed well in the quarter was the international logistics division, Allink, which posted a 36% revenue increase reflecting the improvement in prices and volumes.

Container terminal results remained resilient as the improvement in warehousing with the higher cargo dwell time offset the decrease in operational activity, which was impacted by Covid-19 pandemic-driven logistical bottlenecks, particularly in Rio Grande. Wilson Sons believes that this challenging scenario could show some signs of improvement in the second half of 2022 depending on the resolution of port closures in China, although recovery at the Rio Grande terminal is subject to a reduction in vessel call cancellations and blank sailings to materialise.

In 2Q22, non-consolidated revenues from the offshore support vessel joint venture grew 61% to R$111.1 million reflecting the 29% increase in operational activity with the start of new contracts, and the 25% growth in the fleet’s average daily rate.

The company’s profit after tax rose 8% in 6M22 to R$159.8 million (US$31.1 million), despite the impact of exchange rate variation in the second quarter. Excluding exchange rate movements, Wilson Sons would have shown R$145,9 million in net profit, a 45% increase.

In the first half of 2022, EBITDA (earnings before interest, taxes, depreciation and amortisation) of R$440.2 million (US$86.8 million) was 2% below the comparative (R$450.1 million) mainly affected by the decrease in container terminal volumes due to vessel call cancellations and the shortage of empty containers. In US$ terms, EBITDA rose 4% over the previous year.

“We continue to strive to improve the world-class performance of our infrastructure, the portfolio of our activities and the resilience and versatility of our services which we believe is the best possible way to address our sector challenges, transforming maritime transport over time and creating a better future,” says Fernando Salek, CEO of Wilson Sons.

In the second quarter, the Salvador terminal contracted the acquisition of 12 fully electric yard tractors, which will contribute to reducing the company’s carbon footprint. During the period, another highlight was the delivery of WS Centaurus by the Wilson Sons shipyard, the most powerful tugboat in Brazil and the first of a series of six 90-tonne bollard pull vessels joining the company’s fleet over the next two years.

The vessels follow the International Maritime Organization Tier III standard and the new hydrodynamic design improves hull efficiency for an estimated reduction of up to 14% in greenhouse gas emissions compared to previous technology.

On Tuesday, August 9, the company released its operational data for July 2022. The highlight was the 16% volume growth in the Salvador container terminal, registering the best July numbers in the terminal history mainly driven by higher cabotage and imports.