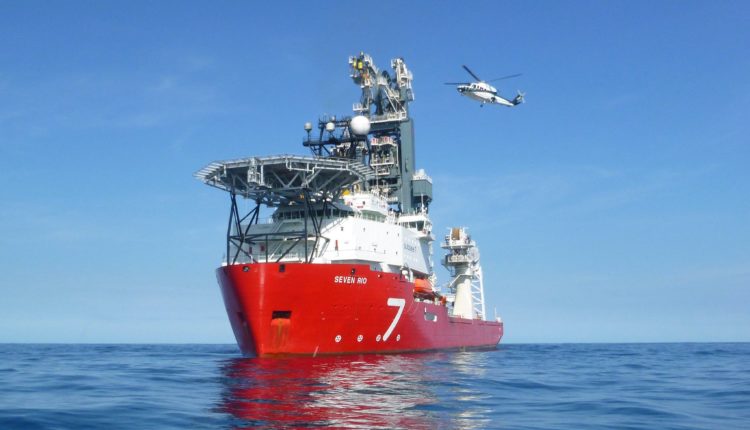 Subsea 7 has reported a revenue of $2.4 billion for the first half of 2022, an increase of $247 million or 11% compared to the first six months of 2021, driven by the Subsea and Conventional business unit and partly offset by lower revenue in the Renewables unit.

Revenue of the Subsea and Conventional unit was $1.9 billion, an increase of $265 million or 17% compared to 1H 2021, while revenue of Renewables was $526 million, a decrease compared to $556 million in the same period last year.

The main items contributing were a net operating loss of $88 million in Renewables, which reflected delays on the Formosa 2 project in Taiwan and challenges on the Dutch Hollandse Kust Zuid project, partly offset by a net operating income of $66 million in the Subsea and Conventional business unit and $9 million related to the Corporate business unit.

For the full year of 2022, Subsea 7 expects that revenue and Adjusted EBITDA will be broadly in line with 2021 as tendering in the subsea market remains high and the pricing environment continues to improve. Improved contract pricing and risk allocation in fixed offshore wind are expected to contribute to robust long-term margins and returns.

Subsea 7’s Q2 2022 revenue was at $1.2 billion, a 4% increase compared to the prior year period, reflecting growth in Subsea and Conventional offset by lower revenues in Renewables, primarily driven by the phasing of the Seagreen project.

Adjusted EBITDA of $134 million was up 48% year-on-year driven by a strong margin in Subsea and Conventional, again partly offset by losses in Renewables.

Net operating income was $18 million after depreciation and amortization charges of $116 million. Net income for the quarter was $22 million, after taxation of $36 million and favorable other gains and losses of $47 million, including net foreign exchange gains of $44 million.

Order intake was $2.1 billion, while the backlog at the end of June was $7.8 billion, of which 10% is in Renewables, with $2.5 billion to be executed this year.

“Since the first quarter, the industry’s challenges relating to the supply chain and raw material price inflation have stabilised, allowing a number of projects to proceed. Both our core markets – subsea and offshore fixed wind – continue to improve, with positive momentum in pricing and risk allocation,” said John Evans, Subsea 7 CEO.

“During the quarter, we extended the Subsea Integration Alliance with Schlumberger for a further seven years. Subsea Integration Alliance has become a market leader in integrated SPS-SURF projects and we look forward to further growth. Overall, Subsea 7 is well-positioned to benefit from these positive market dynamics, and to deliver on a strategy that combines capital returns and growth over the long term.”

During the half year, the Mad Dog 2, King’s Quay, Colibri, Jack St Malo 4 and Anchor projects in the Gulf of Mexico and the 28 Jackets project in Saudi Arabia were “substantially” completed, Subsea 7 said.

Procurement neared completion for the fast-tracked Sakarya integrated project in Turkey, and the shallow water section of pipelay commenced.

According to the UK company, there were high levels of utilization of the four PLSVs under long-term contracts with Petrobras in Brazil as well as continued progress on the Bacalhau project.

In the Renewables business unit, foundation installation and cable lay work continued on the Seagreen project. At the end of the quarter, 30 of 114 foundations and 21 cables had been installed.

In Taiwan, Seaway Yudin worked on the Formosa 2 project while, in the Netherlands, Seaway Strashnov, Seaway Aimery and Seaway Moxie worked on the Hollandse Kust Zuid project. Both projects progressed in accordance with the execution plan announced in June and remain on track for completion in August and September, respectively.