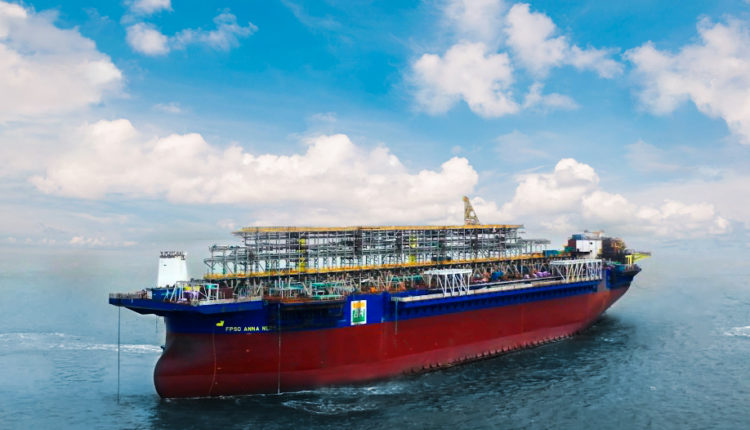 (PN) The platform ship (FPSO) Anna Nery left the Cosco Qidong shipyard in China and began its journey to Brazil. In the next two weeks, the vessel will carry out navigation tests in Chinese waters. It will then make stops in Singapore and Mauritius, to refuel and change crews. The arrival in Brazil is scheduled for October, when the final stage of commissioning and acceptance tests will be carried out.

The FPSO Anna Nery is the first vessel within the Marlim and Voador Revitalization Project, in the Campos Basin. The FPSO is chartered to Petrobras from Yinson and will have the capacity to produce 70,000 barrels of oil and process 4 million m³ of gas. The start of production is scheduled for next year. Currently, the Marlim field produces around 30,000 barrels of oil per day.

The FPSO Anna Nery and the FPSO Anita Garibaldi – which was also contracted by Petrobras for the revitalization of Marlim – will be connected to 75 wells and will allow the extension of production from the field’s deposits until 2048. The new systems will allow the expansion of the current production of Marlim and Voador to more than 150 thousand barrels of oil per day.

A novelty of the vessel is the “All Electric” concept, which consists of maximizing the use of electric energy to drive the equipment of the production unit, which contributes to a lower level of carbon emissions in relation to other project concepts.