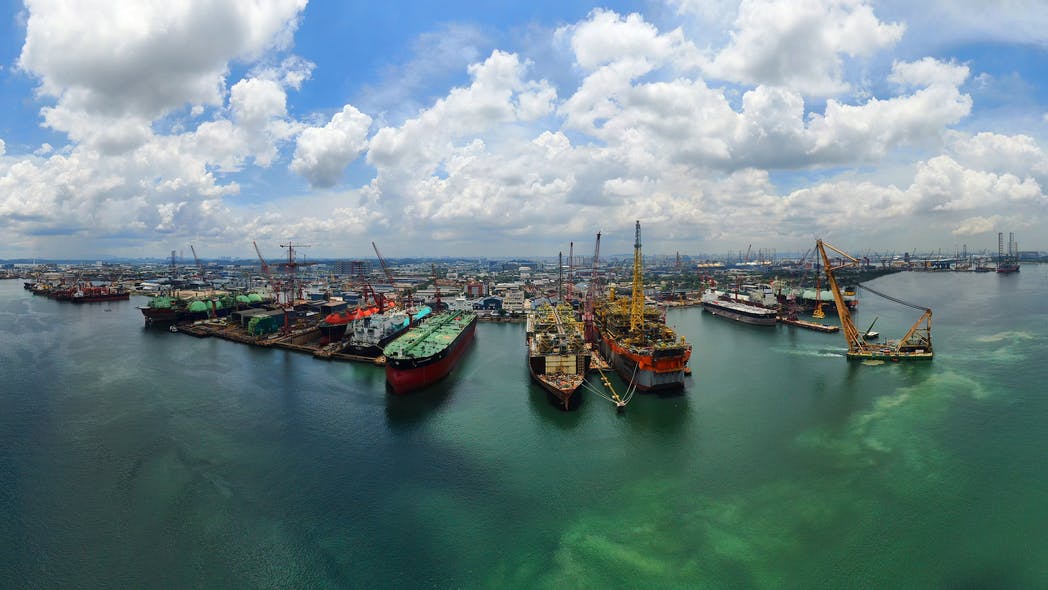 (Valor) The result of Petrobras’ billion-dollar international tender for the construction of two platform ships aimed at producing pre-salt oil could have been different if more companies had participated in the process, increasing competition and reducing unit prices, sources say. The tender aimed to build platforms P-80 and P-82, for exploration of pre-salt deposits, in the Buzios field. The bid was won by Singaporean Keppel Shipyard, which offered US$ 2.983 billion per unit.

The total cost of the two platforms for Petrobras would be more than U$ 5.9 billion, a value considered unprecedented for this type of order, according to sources who spoke to Valor on condition of anonymity. The public notice also provides for the construction, by Keppel, of another FPSO, the P-83. As a reference, Petrobras recently closed the purchase of the P-78 and P-79 platforms, contracted at a cost of US$ 2.3 billion each.

Expected to start commercial operations in 2026, the P-80 and P-82 platforms will have the capacity to process 225,000 barrels of oil and 12 million cubic meters (m3) of natural gas daily. The units, plus SBM’s FPSO Almirante Tamandaré, chartered to Petrobras, will be the largest platforms in Brazil in terms of processing capacity.

The P-78 and P-79 are smaller, capable of producing 180,000 barrels per day of oil and 7.2 million m3 of gas. Even so, in the assessment of the sources consulted, the difference in size would not justify the higher price. What would explain the price difference, according to the sources, is that the second place, Sembcorp Marine Rigs & Floaters, presented a proposal of US$ 3.660 billion for each unit, according to the Petroconect website, which gathers the oil company’s bids.

Sembcorp is in the process of merging with Keppel abroad – both have the same controller, the investment fund Temasek. The operation announced at the end of April this year, in practice, unifies the activities of the two companies.

In addition, one of the companies qualified to participate in the bidding, the Brasfels Shipyard, in Angra dos Reis (RJ), also belongs to Keppel. Of the six companies that qualified in the competition, three are from the same group: Keppel. Brasfels and three other companies ended up giving up submitting a bid in the bidding.

When contacted by Valor, Petrobras replied that it does not comment on contracting processes in progress, such as the P-80 and P-82 FPSOs. The company confirmed the receipt of two commercial proposals and stated that “the aforementioned bidding is being conducted in accordance with Law 13,303/2016” (State-owned Companies Law).

Petrobras launched the international tender at the end of April last year, in the modality known as engineering, supply and construction (EPC). What was said at the time was that the company would have faced difficulties in attracting companies to the bidding throughout 2021, leading the state-owned company to postpone the start of delivery of proposals to May this year.

The recovery of the exploration and production market and the War in Ukraine, however, may have influenced the contracting of FPSOs. A source in the oil industry believes that the high cost of raw materials and equipment would lead suppliers to reevaluate strategies, avoiding participating in auctions without a certain clarity of the future scenario. Or they could present higher values ​​as a form of insurance against volatilities. “The war created uncertainty about prices and delivery times,” said the executive.

The scenario creates a paradox: if in the past decade the priority was the construction of platforms in Brazil, the difficulty of developing these projects in the country showed that the path is the production of units abroad. The policy of minimum national content, adopted under the government of then President Luiz Inácio Lula da Silva, required the construction and renovation of shipyards and the preparation of Brazilian industry to meet new orders. In recent years, platforms have been contracted with foreign suppliers in Asia, more efficient and cheaper.