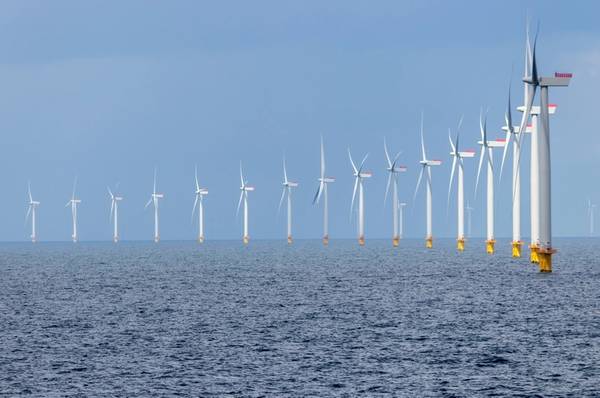 (Reuters) – The global offshore wind industry had a record year in 2021 in terms of new capacity but is still projected to fall short of the International Energy Agency’s net zero goals by 2030, a Global Wind Energy Council (GWEC) report said on Wednesday.

More giant offshore turbines were installed in 2021 than in any previous year, with 21.1 gigawatts (GW) of capacity connected to the grid, the GWEC’s 2022 global offshore wind report said.

The council raised its previous forecast for installations by the end of the decade by 17% and now expects 316 GW of capacity to be built by that stage.

But this falls short of the 80 GW the International Energy Agency (IEA) has said the world needs to build every year until 2030 to meet net zero emissions by 2050.

It also undershoots a much lower 2030 target set by the GWEC with the International Renewable Energy Agency, for 380 GW by 2030, which the GWEC said would require “a gargantuan effort” to meet.

The trade group said it was highly likely that it would raise forecasts for installations this year as countries looked to reform their energy systems in response to fossil fuel price volatility exacerbated by major fuel supplier Russia’s invasion of Ukraine.

Offshore wind remains competitive with fossil fuels, but there is a growing gap between installations and targets, the report said.

“While investors have shown an insatiable appetite for offshore wind, the gap between ambition and reality appears to be widening,” the report’s authors said.

GWEC referred to fellow trade group Wind Europe’s February calculation that the European Union is on track to install only about half the new wind capacity it needs to reach its target for renewable generation in the power system by 2030.

GWEC highlighted the need to streamline permitting procedures and help to absorb some of the inflationary pressure afflicting developers.

Turbine costs have soared as steel and freight prices have risen, but manufacturers have struggled to pass these costs on to customers. read more

Slow and unpredictable permitting procedures are creating a “toxic mix of complexity and uncertainty” that could send potential investors elsewhere, the report said.

China installed more new offshore wind capacity than any other country for the fourth year in a row in 2021, making 80% of all new installations, the report said.