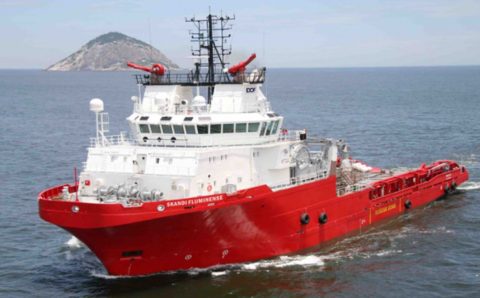 The extensions will demand a fleet of at least three vessels operating for 18 months in direct continuation to the original schedule, performing flexible pipelines, risers and subsea equipment inspection in the Campos Basin, Santos Basin, Marlin Field and Espírito Santos Basin.

Inspections will be evaluated and processed by the DOF Subsea Engineering team in Brazil, responsible for delivering technical reports on the conditions of the subsea facilities in Brazil.

According to the company, the extensions add more than $100 million in the backlog.

“I am very pleased for these awards securing utilisation for our personnel and our assets and adding important back log to the Group. It further strengthens our leading position in Brazil within IMR and confirms our long relationship with Petrobras,” said Mons S Aase, DOF Subsea CEO.

At the end of May, the two DOF companies won new service contracts with the Brazilian oil and gas giant for the AHTS vessel Skandi Iguazu, including an ROV.