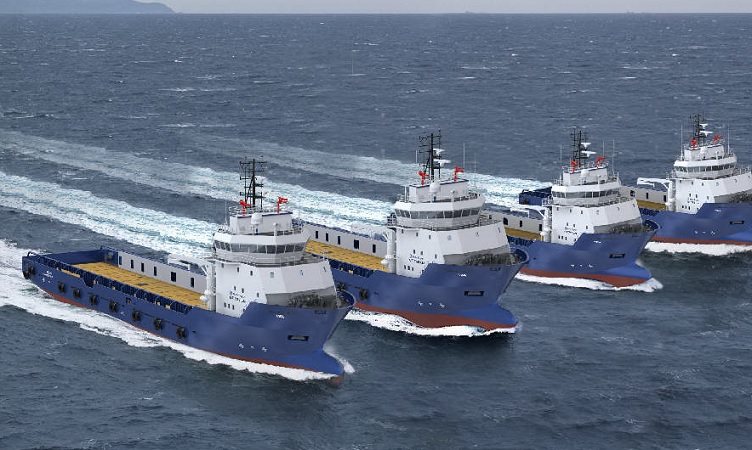 As the stamp of high oil prices in the first half of the year engraves its mark on oil market fundamentals, Westwood Global Energy, an energy market research and consultancy firm, points out the signs of an uptick in offshore exploration and production (E&P) investment and rig count, expecting the demand for offshore support vessels (OSVs) to continue unabated over the next two years, leading to more idle fleets being put to work.

Westwood informed on Thursday that higher oil prices in the first half of 2022 and their impact on oil market fundamentals are already showing a material increase in offshore rig count and E&P investments. The firm believes that this will drive considerable demand for OSVs over the next two years, encouraging owners to reactivate their idle fleets.

The company explained that Brent crude oil price hit $100/bbl in early 2022 – the first time since 2014 – and prices remain elevated driven by the tightening supply/demand for oil, which has been exacerbated by uncertainty around the Ukraine crisis. As elaborated by the research firm, higher oil prices are driving a bumper year for offshore investment, with upstream engineering, procurement and construction (EPC) spend projected to reach $75 billion in 2022, representing a massive 80 per cent increase year-on-year. Westwood expects the Middle East to be the largest contributor with final investment decision (FID) on projects such as QatarEnergy’s North Field Expansion Phase 1 and Saudi Aramco’s Zuluf Incremental, followed by Latin America, for projects such as Shell’s Gato do Mato offshore Brazil.

Meanwhile, Westwood’s analysis shows that global drillship effective utilisation reached 79 per cent – its highest level since 2014 – while day rates improved for this segment, largely underpinned by activity in the U.S. Gulf of Mexico (GoM), where rates are now routinely in excess of $200,000/day. Although, the company specifies that one should keep in mind this improvement is not exactly like-for-like since some of the higher U.S. GoM rates have been associated with 20,000 psi deepwater drilling programmes.

As reported by Westwood, vessel owners have been scrambling to reactivate their fleet to take advantage of the increased levels of offshore activity with oil prices settling above $100/bbl, especially following the surge of stacking that occurred during the pandemic. By the end of the first quarter, the total layup fleet fell by 32 per cent – the lowest since 2016 – with 321 vessels either reactivated, scrapped or written-off (i.e., considered commercially inactive), based on the company’s research.

The energy intelligence provider claims that only 33 per cent of the current global laid-up fleet consists of “premium” vessels i.e., those less than 15 years old while the majority – around 67 per cent – of laid-up OSVs are over 15 years old and essentially represent an ageing fleet. Furthermore, many operators have age restrictions for their chartered tonnage and would not consider vessels of this age during the tendering process. To illustrate this further, Westwood outlines that OSVs in “deep layup” are over 15 years old and have been stacked for longer than three years, thus, they are deemed highly unlikely to re-enter service and therefore not included in the firm’s total utilisation calculation.

Consequently, the tightening global OSV market is driving improvements in utilisation, according to Westwood’s analysis and the Middle East, in particular, has near 90 per cent effective utilisation, likely resulting in a “sold out” market by the year-end. The energy research consultancy underlines that there has been a significant uptick in rates for new tenders in the region, which in turn is encouraging mass reactivations as well as opportunistic sale and purchase (S&P) activity.

The analysis shows that total utilisation for the global OSV fleet currently stands at around 63 per cent, which is a 7 per cent increase from 2021. In lieu of this, effective utilisation had a quarter-on-quarter drop to 74 per cent, which Westwood does not find surprising given the sizeable number of reactivations registered during this period. In line with this, the company says that the anticipated rise in rig demand is expected to see a sharp correction in this utilisation figure over the course of the year.

The research emphasizes that future utilisation will be contingent on continued fleet rationalisation. Therefore, in Westwood’s low case scenario, which assumes no further scrapping, improved demand alone would increase utilisation to 75 per cent by 2024. On the other hand, in the high case, utilisation could reach 88 per cent should the entire laid-up fleet be removed from the market while a mid-case outlook, assuming scrapping of the >15-year-old laid-up fleet, would result in 84 per cent utilisation by 2024. ​

The company further reveals that the total order book of registered International Maritime Organization (IMO) newbuilds now stands at 215, but only 67 are considered “Tier 1” vessels and likely to be delivered in the next 12-24 months. In addition, further analysis shows that over the next two years, 430 vessels will pass the 15-year age mark and be considered “non-premium.” With only 67 vessels in the Tier 1 order book, this suggests that the premium fleet will shrink significantly over the next few years without substantial newbuild orders, Westwood forecasts in its analysis.

The firm also notes that it was not all that long ago there was a heavy oversupply issue in the OSV market, however, the issue facing owners today is not the sheer number of OSVs but the age and quality of available tonnage. Additionally, another important factor is whether owners can raise the capital to invest in newer, cleaner vessels for future offshore operations as E&Ps continue to focus on age restrictions and lowering their overall emissions.