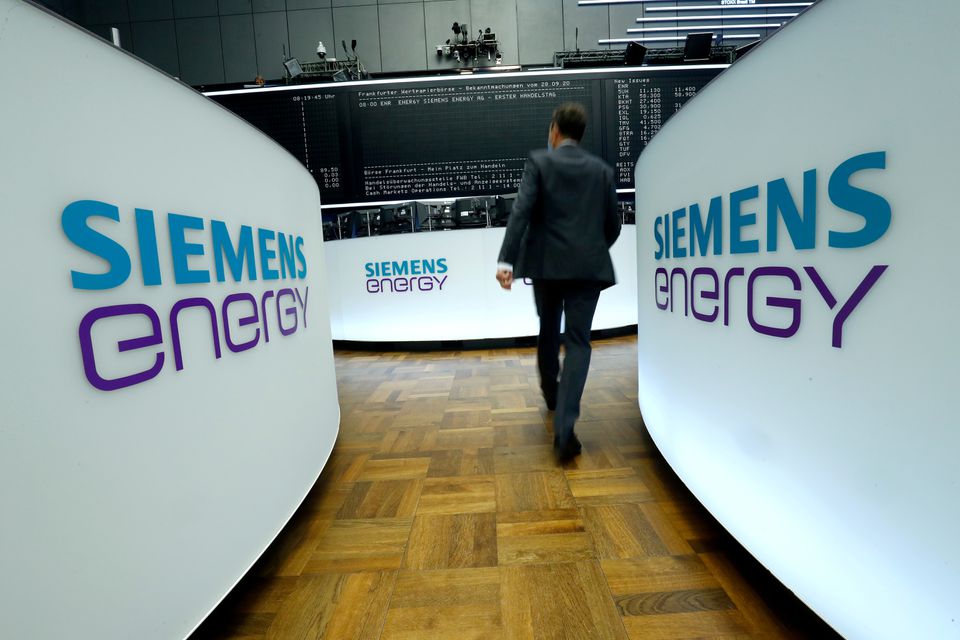 (Reuters) – Siemens Energy (ENR1n.DE) warned on Wednesday sales and margins this year would be at the low end of its forecast range due to worsening problems at wind turbine division Siemens Gamesa (SGREN.MC), which has been hit hard by supply chain disruptions.

Shares in the company, which was spun off from Siemens (SIEGn.DE) in 2020, fell as much as 6.1% to their lowest level since they were separately listed, highlighting the need for a quick structural fix of Spanish-listed Siemens Gamesa.

Results at Siemens Gamesa, which in January issued its third profit warning in nine months, mask a solid performance at Siemens Energy’s business focused on coal- and gas-fired power stations and turbines.

“Disappointing again is the performance of Siemens Gamesa which is weighing heavily on Siemens Energy,” Siemens Energy Chief Executive Christian Bruch said, adding the situation had “aggravated further since the last profit warning”.

Bruch said the company continued to evaluate possible strategic steps with regard to Siemens Gamesa, in which Siemens Energy owns 67%, but Bruch ruled out a divestment at the moment, adding he remained convinced of wind energy as a business.

Sources told Reuters in January that Siemens Energy had stepped up efforts to take full control of Siemens Gamesa, shares of which fell 1.3%.

Siemens Energy now expects 2022 sales at the low end of its forecast range, which spanned a decline of 2% to an increase of 3%.

The group’s margin on adjusted earnings before interest, tax and amortisation (EBITA) before special items is also expected to come in at the low end of the 2%-4% forecast range, it said.

Siemens Energy, which released preliminary second-quarter results last month, said it swung to a 252 million euro ($265 million) net loss in the period due to the problems at Siemens Gamesa, compared with a 31 million profit last year.