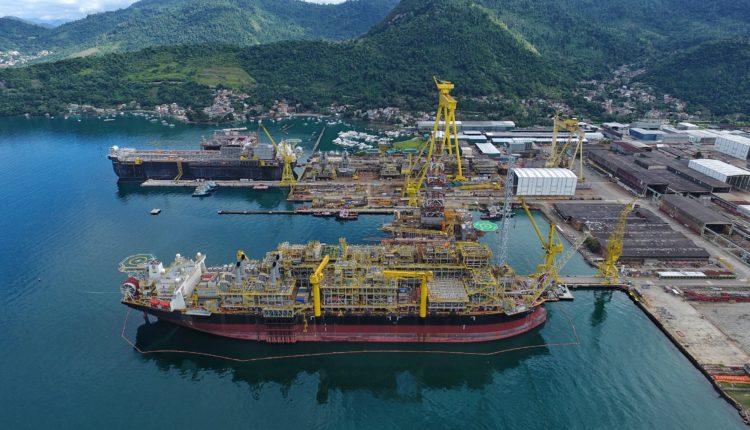 (PN) Siemens Energy will supply a topsides turbomachinery package for the P-78 platform. The contract was signed with Keppel Offshore & Marine. The FPSO, which is owned by Petrobras, will also be operated by the Brazilian state-owned company, in partnership with the Chinese CNOOC and CNODC in Campo de Buzios, in the Santos Basin, approximately 200 kilometers off the coast of Rio de Janeiro, in water depths ranging from 1,600 – 2,100 meters. Siemens Energy’s scope of supply for the project includes the power generation and compression packages for the facility, including prime gas, export and injection gas, as well as CO2 injection compressors.

The energy supply will be supplied through four sets of gas turbines. The compression of the main gas, export gas and injection gas will be supplied with eight trains of compressors powered by an electric motor. In addition, two additional trains with aeroderivative gas turbines, which will drive centrifugal compressors, will be used to reinject CO2 back into the reservoir.

When completed, the P-78 will have a processing capacity of 180,000 barrels of oil per day (bopd) and 7.2 million cubic meters of gas per day. Siemens Energy’s capacity will use its manufacturing and assembly facilities in Santa Bárbara d’Oeste, in the state of São Paulo. This was a major factor in the execution plan. The facility was commissioned in 2013, and has played a critical role in meeting the local content mandates established by the Agência Nacional do Petróleo (ANP) on several major oil and gas development projects in South America.

Thorbjörn Fors, executive vice president of industrial applications at Siemens Energy, said the company is proud to support Brazil’s efforts to promote the use of local content in the offshore hydrocarbon sector. “The equipment packages selected for the FPSO P-78 will allow Petrobras to efficiently and sustainably explore the reserves in the Buzios field. Furthermore, the award of the contract is yet another example of our growing presence in the region as a preferred supplier of rotating equipment for the offshore FPSO market,” he said. Delivery of the equipment is scheduled for 2023. The FPSO P-78 is expected to start operating in 2025.