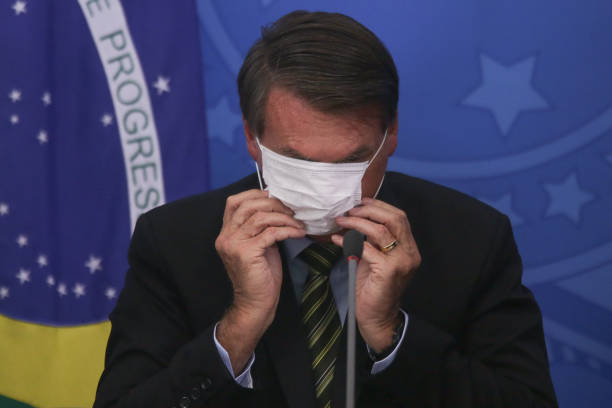 (Reuters) – Brazilian President Jair Bolsonaro has tapped a well-known academic and energy consultant as the next head of state-run oil company Petrobras, effectively ending the tenure of current CEO Joaquim Silva e Luna less than a year after he was appointed.

In a statement on Monday, Brazil’s Mines and Energy Ministry announced the slate of board members it would put forward at a shareholders’ meeting in April, with Adriano Pires tapped for the CEO spot and Rodolfo Landim, a well-known sports magnate with significant oil experience, set to be the new chairman.

The nomination comes as something of a surprise, given that Pires has consistently defended the market-oriented policies at Petrobras that have provoked criticism from Bolsonaro.

Luna, the current chief executive, took the reins at Petrobras following the April shareholders’ meeting last year after his own predecessor was forced out amid a dispute over domestic fuel prices. Now Luna himself is leaving for nearly identical reasons.

Petrobras pegs its domestic fuel prices in part to international rates, which have shot up following the invasion of Ukraine by Russia. Consumers and politicians have complained about the price hikes, as has Bolsonaro, who faces re-election this year and is currently behind in the polls.

If it were to abandon its market pricing policy entirely, market investors in the company would likely head for the exits and analysts say there could be fuel shortages in Brazil.

News magazine Veja had reported on Bolsonaro’s decision earlier on Monday, saying the government would announce the move to replace Luna within hours, citing government sources.

Brazil-listed preferred shares in Petrobras briefly fell nearly 2% on the news, before largely recovering from the drop.

Pires – a columnist, professor, consultant and cofounder of Brazil’s CBIE thinktank – has consistently defended market-oriented pricing policies and advocated for the privatization of Petrobras.

In a column for financial blog Brazil Journal earlier in March, he criticized the company for shielding consumers from recent international price volatility. He has defended the idea of a fund, financed by the government, that would shield consumers from price volatility in certain situations, without hurting Petrobras or its shareholders.

“Pires is recognized by the market as an appointment that wouldn’t break with the operational and financial transformations that have happened at the company since the middle of the previous decade,” Ilan Arbetman, research analyst at Ativa Investimentos, wrote in a note to clients.