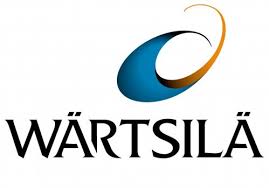 (Reuters) – Finland’s Wartsila (WRT1V.HE) posted on Friday a surge in orders and solid sales and profits, but its operating margin and proposed dividend disappointed, sending shares in the marine and energy equipment maker down more than 8%.

Comparable operating margin rose to 9.9% from 8.4%, but missed the 10.5% estimate in a poll of analysts provided by the company.

Wartsila said the 2022 outlook remained uncertain and only provided guidance for the ongoing first quarter, saying demand was now better than a year ago.

“We estimate the share reaction to be too strong, as the company said that the demand for services will grow when large equipment deliveries are completed,” analyst Jussi Mikkonen at OP Markets told Reuters.

“Normally the service margin is a higher profitability than the equipment so you need to look at the mix,” he told Reuters.

Wartsila is likely to stick to providing only a short-term outlook as long as the pandemic affects its businesses, he added.

The board of directors proposed a dividend of 0.24 euros per share, missing a consensus estimate of 0.29.

The profit was in line with a mean estimate of 156 million from 10 analysts, Refinitiv Eikon data showed.