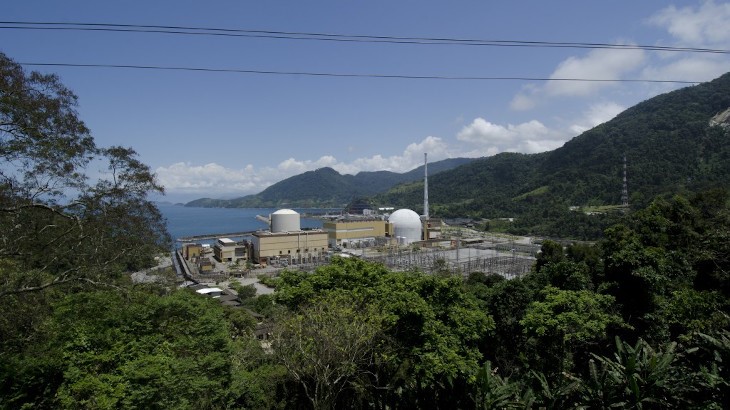 (WNN) Brazil has begun a process to identify sites for the new nuclear power units it plans to have in operation by 2050. The Ministry of Mines and Energy has secured cooperation of specialists at Cepel for a siting study.

“An increase in the participation of nuclear energy in the Brazilian energy mix is important to reduce the impacts of water crises on electricity generation,” said Cepel. The organisation’s name is the Portuguese acronym for Centre for Electric Energy Research and it is a subsidiary of the state utility Eletrobras.

On 13 January, Cepel and the Ministry of Mines and energy announced they had signed a cooperation agreement regarding siting the previous week.

Brazil has historically relied on hydro for as much as 80% of its electricity, but changes in rainfall patterns produced droughts that reduced this to 65% by 2018. The country only has one nuclear power plant, Angra, which produces about 3% of Brazilian power from two reactors that have operated since 1982 and 2000. Construction of a third reactor at Angra is expected to get under way again after a restructuring of the stalled project.

It is not the first time Brazil has contemplated the siting of further nuclear power plants. In 2009 and 2013 it discussed setting up two new plants, one in the northeast and one in the southeast, each with up to four large reactors. Over time Eletronuclear has welcomed delegations from China National Nuclear Corporation, Korea Electric Power Company, Rosatom and Westinghouse for discussions on nuclear new build.

The Ministry of Mines and Energy said: “Cooperation [with] Cepel should facilitate a more efficient choice of the country’s new nuclear sites, considering projections of energy demand, socio-environmental needs and the attraction of new investment to enable the construction of the plants.”

At the COP26 meeting in Glasgow last year, the Minister of Mines and Energy, Bento Costa Lima, said nuclear energy “was, is and will be essential and fundamental for the energy transition,” adding that “we will add 10 GW in the next 30 years.” This is specified in Brazil’s National Energy Plan to 2050.