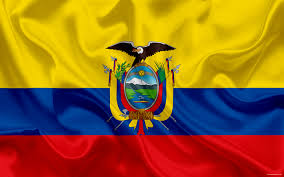 The erosion, a naturally occurring phenomenon along the Coca River, forced a halt to pumping in the SOTE pipeline and its private-sector counterpart the OCP pipeline.

“The ministry’s decision to lift the force majeure provides for the restoration of normal operating conditions for transporting crude oil in the country, which has allowed us to recover very important production volumes,” Energy Minister Juan Carlos Bermeo said in a statement late on Thursday.

Before the crisis, Ecuador’s oil production was around 485,000 bpd, official figures showed.

Exports of crude have also resumed, the ministry added.

The Esmeraldas and Shushufindi refineries have returned to full capacity and La Libertad refinery is expected to reach maximum output on Jan. 9.

The OCP pipeline is also working at full capacity and has transported some 240,000 barrels of oil, the ministry said.

One thought on “Ecuador’s oil output recovers after pipeline repaired”