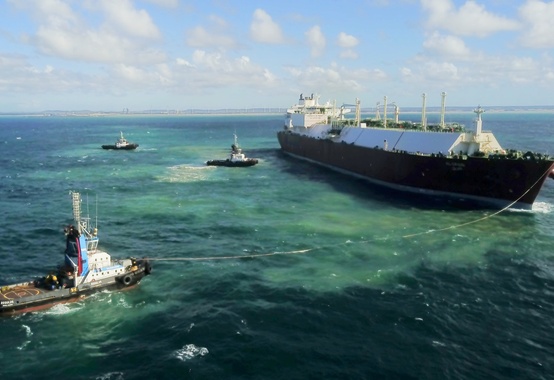 With the largest fleet of tugs in Brazil, the company stands out in towing operations for the O&G sector

With the recent demand and oil prices recovery in the international market, large companies are starting to move forward with new projects. A study carried out by Wilson Sons, the largest integrated operator of port and maritime logistics in Brazil, shows that 22 FPSOs (Floating Production Storage and Offloading) are expected to start operating in the country between 2022 and 2026. The investments resuming also brings optimism to the maritime support market.

With a fleet of 80 tugs, the largest on the Brazilian coast, Wilson Sons participated this year in more than 20 operations for the oil and gas market, including assistance to FPSOs, rigs, shipyards and FSRUs (Floating Storage Regasification Unit), consolidating itself as a reference in the provision of port support services for this sector. “Over the next four years, we will have a considerable number of platforms starting to operate, others being decommissioned, new LNG terminals, which brings a series of opportunities for the supply chain in this industry”, highlights Elísio Dourado, commercial director of Wilson Sons’ Towage division.

To meet these new projects demands, the Company has been preparing itself. Today, it has the most powerful fleet on the Brazilian coast – 93% of the tugs have azimuth propulsion (ASD) and four are escort tugs – a necessary feature for moving large structures, such as oil platforms. This year, the construction of a series of six other high-powered tugs has began. The new units are being built at Wilson Sons’ shipyard in Guarujá (SP) and will hold the IMO TIER III standard, with a reduction of more than 75% in nitrogen oxide emissions, which is considered a greenhouse gas.

In recent years, Wilson Sons has been operating in platform support maneuvers, operations in liquefied natural gas (LNG) terminals and ship-to-ship operations. Among the projects served by the Company are the LNG terminals of Celse (Aracajú – SE), GNA (Açu Port – RJ) and Petrobras (Pecém – CE), in addition to the ship-to-ship operations at Açu Port and participation in assistance maneuvers for the FPSOs P-71 at Shipyard Jurong (ES), BW Cidade de São Vicente (RJ), FPSO Carioca MV30 (RJ), among others.

“We have experienced consistent growth in this market, which we are looking closely at. These are complex operations that demand great care with safety and intense training of the crew. And safety is, without a doubt, one of the main pillars of the Wilson Sons’ Group”, highlights Dourado.

Wilson Sons’ differentials in serving clients in this segment are the expertise of the Company’s employees and its modern structure. “When there is an O&G (oil and gas) operation, the operational team participates in meetings with customers from the beginning to ensure the best planning for the maneuver, as the tugboats are an essential part of the process. Towing, docking/undocking and operating plans are usually approved by us and we normally suggest the best arrangements of connections, cables and materials to be used. This alignment of the Wilson Sons’ team with the customer is essential for the maneuver to take place safely and efficiently”, comments the commercial director.

The Towage division has in its structure the Operations Center (COR) and the Maritime Improvement Center (CAMWS). COR, through its own network of AIS antennas, monitors in real time the tugboats and vessels involved in the operations and is in constant contact with all those involved – customers, port and maritime authorities and pilotage. CAMWS, on the other hand, has as its main equipment its own maneuver simulator, capable of predicting different operational scenarios. The simulator is commonly used by customers in the Oil and Gas segment for the preparation and testing of large projects and operations.

These differentials are crucial in guaranteeing the efficiency of such complex operations. No wonder Wilson Sons’ Towage division is a reference in the port support market, in addition to having world-class status in safety, based on standards defined by Du Pont, a reference consultancy in the sector.

Wilson Sons is the largest integrated port and maritime logistics operator in the Brazilian market and offers supply chain solutions, with over 180 years of experience. The Company provides a complete range of services to companies operating in the oil and gas industry, in international trade and in the domestic economy. With a national presence, it acts in an innovative way, following market trends.