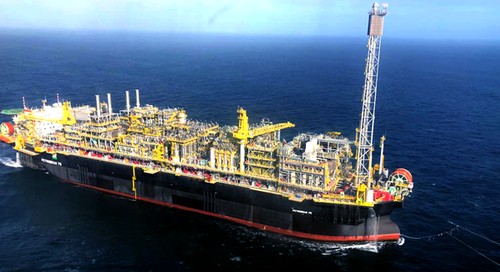 Echoing comments he made earlier this month, as well as remarks as early as 2019 that he viewed the idea of selling off the company with “initial sympathy,” Bolsonaro also complained in a television broadcast that the company was being run solely for the benefit of its shareholders.

Shares in the oil company, known as Petrobras, rose 0.5% in late morning trading to 28.90 reais.

Bolsonaro has come under heavy political pressure over the soaring price of gasoline prices, particularly from truckers who are among his most loyal supporters and who have threatened a national strike next week.

The populist president has zig-zagged in his approach to the oil company, initially appointing a free market advocate as its chief executive, then earlier this year replacing him with a retired army general with no industry experience.

Earlier this week, Fernando Bezerra, the government leader in the Senate, said Bolsonaro’s administration is studying the possibility of privatizing Petrobras through a share sale. read more

But analysts said selling Petrobras remains a “distant dream” despite some key politicians coming out in support of the measure, as few are likely to risk their popularity on a controversial topic.

FUP, an umbrella oil workers union, on Tuesday threatened national strike action if the government draws up a bill for the privatization of Petrobras.