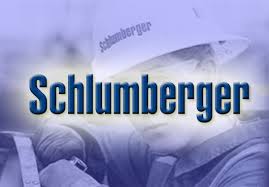 (PetroleoHoje) Schlumberger signed a contract with Petrobras to supply completion systems for 21 wells in pre-salt concessions. Installation of the systems is scheduled to start in the third quarter of 2022.

The deal is the result of a public tender for the supply of direct hydraulic intelligent completion systems and selective lower completion systems. Petrobras signed five contracts with Schlumberger, whose combined values ​​are approximately US$22.17 million, effective on July 14, 2021 and ending on July 12, 2024.

“Smart completions will allow Petrobras to improve the final recovery in these high pressure reservoirs, monitoring and controlling production more precisely,” the company wrote in a note.

The French company signed another contract in Brazil during the third quarter, this time with FS Bioenergia, for the development of a carbon capture and storage project in Lucas do Rio Verde, Mato Grosso. Schlumberger will be responsible for reservoir studies, design, injection well drilling, injection testing and storage monitoring.

According to Schlumberger, the estimated processing and storage capacity is 430 thousand tons of CO₂ per year, starting operations in 2024.

Latin America posted the largest sequential revenue increase for the quarter among the regions reported by Schlumberger, up 10 percent from the prior period, to $1.16 billion. According to the company, this is due to performance in Mexico, Argentina and Brazil, in the areas of construction of wells, performance of reservoirs and production systems, respectively.

In total, Schlumberger’s international sales grew 4%, to US$ 4.68 billion. This market corresponded to 80% of the company’s revenue in the period, of US$ 5.85 billion. The increase in the participation of the international segment in the company’s revenues is a consequence of its restructuring in North America, with the sale of the hydraulic fracturing and artificial elevation businesses in 2020.

Schlumberger registered net income of US$ 550 million between July and September this year, representing an increase of 28% compared to the second quarter. In the same period of 2020, it reported a loss of US$ 82 million.