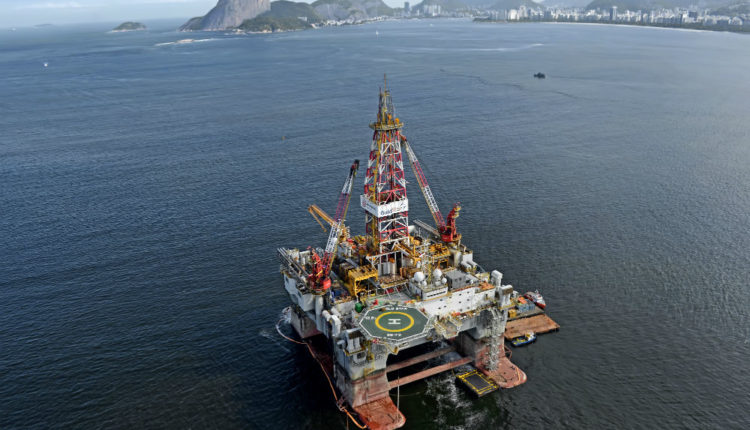 Constellation is about to win two new charter contracts for the semi-submersible rigs Gold Star and Lone Star with Petrobras. The deal comes from the tender for the charter of one or more low specification units for operation in 2,400 meters of water depth, the result of which was released on Wednesday (13/10).

The result is the result of a turnaround. Petrobras’ bidding committee disqualified Sacanb Offshore, which had presented the lowest daily rate, with the Blue Whale II rig, and Petroserv (Ventura Petróleo), which occupied third place with the offer from SSV Catarina. With the opinion of the oil company, Gold Star was classified as the first rig – originally the unit was in second -, while Lone Star was classified as the second unit.

Companies that participated in the tender have until October 20 to appeal the decision. In addition to Constellation, Sacanb Offshore and Petroserv (Ventura Petroleo), the competition was also disputed by Ocyan and OOS Energy, which presented offers for more than one rig, but did not have their proposals evaluated by Petrobras, depending on the order of placement .

In all, Petrobras received offers for ten rigs, three of which were presented by Constellation (Gold Star, Lone Star and Amaralina Star), three by OOS Energy (Centennial, La Muralha IV and Bicentennial), two by Ocyan (ODN I and ODN II ), one by Sacanb Offshore (Blue Whale II) and one by Petroserv (SSV Catarina).

The two Constellation units will have to be ready to start operating as of the 2nd quarter of 2022. The charter contracts will have a term of 1,275 days.

According to a Petrobras report, Sacanb Offshore’s proposal was disqualified for technical and economic reasons. The oil company argued that the company’s financial statements do not meet the net equity indicator in the notice and that all documents were not sent, apart from the fact that experience in operating a rig in Brazil or in at least two countries has not been proven.

The proposal presented by the company Petroserv to SSV Catarina was disqualified for excessive price. The drilling company had presented the third lowest daily rate, but after direct commercial negotiation with the oil company, the value remained above the reference budget of the bidding committee.

For the time being, the final values ​​of the daily rates agreed with Constellation for the Gold Star and Lone Star semi-submersibles are still kept confidential. The two units currently operate for Petrobras, but will have their current contracts finalized in 2022.

The formal result of the chartering of the two Constellation rigs will be ratified still in October, when the appeal period expires, and the signing of the contracts should only take place in November.

Petrobras is also evaluating the possibility of contracting two more rigs in the low specification tender. The option is provided for in the notice.

Petrobras’ tender for the charter of low specification rigs was launched in March. The oil company does not indicate in the public notice the area of ​​operation for the units chartered in the process.

If the strategy is carried out by the oil company, the process will follow the same procedure, with new stages of appeal and ratification of the result.