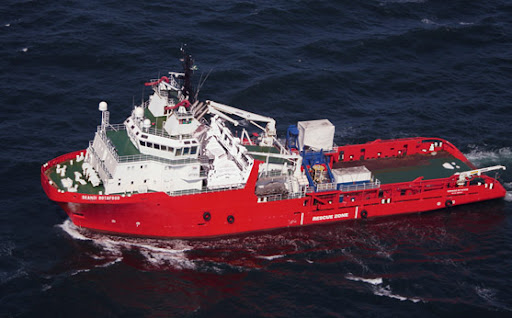 DOF ASA’s Brazilian subsidiary, Norskan Offshore, has secured a new long-term contract and an extension for two of its AHTS vessels with Petrobras.

DOF announced on Tuesday, 14 September 2021 that its Anchor Handling Tug Supply (AHTS) vessel, Skandi Botafogo with 180t bollard pull (BP) was awarded a brand new three-year contract with Petrobras with the scheduled startup of operations in the fourth quarter 2021.

The vessel was built in 2006 by Vard Niteroi in Brazil. The company also stated the contract includes an extension of 500 optional days to be mutually agreed with Petrobras.

Petrobras has also agreed on a one-year extension of the existing contract for Skandi Amazonas (AHTS 21,000) vessel with Norskan. This means the contract has been extended until September 2022.

“I am very pleased to announce these contract awards which again confirm the DOF Group strong position in Brazil. With the above contracts the total order intake in Brazil represent a value of approx. NOK 2,15 billion so far in 3[rd] quarter,” stated Mons S. Aase, DOF’s CEO.

Earlier this year, the vessel owner reported a one-year contract extension was agreed with Petrobras for another vessel featuring a remotely operated vehicle (ROV). This was Norskan’s Skandi Paraty AHTS vessel, and the contract was extended until July 2022.

Petrobras and DOF have worked together several times in the past. In related news last year, Petrobras agreed with DOF to appoint Skandi Urca and Skandi Fluminense AHTS vessels to support exploration and production activities on the Brazilian continental shelf, and contracted Skandi Rio for the same work a few months later.

It is also worth mentioning that the contracts DOF Subsea signed in May this year allow the company to support the ocean bottom node (OBN) seismic surveys on Petrobras’ Tupi, Iracema and Jubarte fields offshore Brazil.