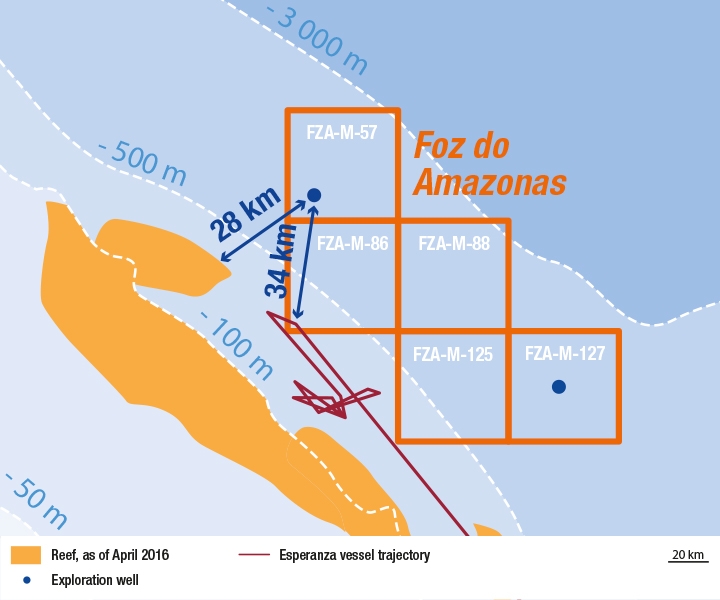 (epbr) Opinion of the Specialized Federal Attorney with Ibama considered that Petrobras’ request for a preliminary license (LP) for exploration in Foz do Amazonas is illegal, according to information supplied by WWF-Brasil. The oil company tried to slice up the licensing to streamline the process.

— Petrobras requested the exceptional issuance of an LP, which would give it a declaration of feasibility of exploration in Foz do Amazonas. As a result, environmental safety procedures and pending issues such as the presentation of a contingency plan in the event of an incident would not be met, says the environmental organization.

— “If this LP is granted, it will be very complicated for IBAMA to deny the drilling of the FZA-M-59 block, at the mouth of the Amazon River, a sensitive and poorly studied region, essential for thousands of people who survive from the natural resources there” , says Suely Araújo, senior public policy specialist at the Climate Observatory and former president of Ibama.

— In June, a group of civil society organizations sent a statement to the Federal Public Ministry (MPF) denouncing potential irregularities in the environmental licensing for drilling in Foz do Amazonas. The document points out the risks related to the FZA-M-59 and questions Petrobras’ request to obtain a prior license without submitting studies, which are still pending.

— The entities also denounce the potential for extremely serious local and transboundary environmental degradation, with the likelihood of the oil moving into the territorial sea of ​​French Guiana and off the coast of Caribbean countries, in the event of an accident.

— The licensing process in Foz do Amazonas has lasted seven years. In the 11th Round, in 2013, a consortium formed by Total, BP and Petrobras (30%) acquired five exploratory concessions in the region. Petrobras and BP acquired another block.

— In the letter to the MPF, the entities recall that, after so long in the licensing process, no one was able to prepare the Individual Emergency Plan, nor to carry out the pre-operational assessment (APO). And the law requires these documents for the issuance of a license, in a single phase.

— The region is home to the great Amazonian reef system. Its area is estimated at 56 thousand km2. Much of the region’s fishing is related to these ecosystems. In Foz do Amazonas there are also 48 new areas planned for oil extraction.

— A public hearing held by the ANP to announce these areas was not attended by representatives of local communities or Marine Extractive Reserves. These groups complain about their exclusion in the process carried out by the agency.