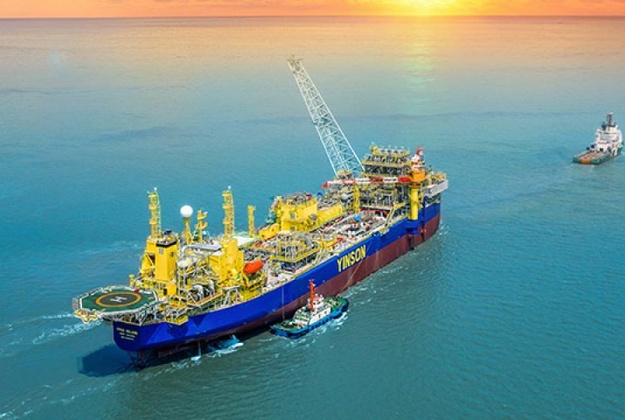 Petrobras disqualified this week the proposal of the company Yinson form the construction of the Parque das Baleias FPSO, the only one that made bid in the tender. According to the oil company, in a decision published on the Petronect portal, Yinson’s offer was “above the estimate”. Even after months of negotiations, the two sides did not reach a consensus.

The value of Yinson’s proposal for the charter contract was US$4.8 billion, while the service contract (in reais) was R$3.2 billion – representing a total fee of US$645,000 per day.

As a reminder, this was Petrobras’ second attempt to contract the project unit. In 2018, the state-owned company launched the first process for the unit. The tender suffered several delays and postponements until, finally, in March 2019, after months of waiting, Yinson was qualified. A few months after negotiations, the tender was canceled by Petrobras in October 2020, attributing the decision to the economic impacts caused by the Covid-19 pandemic. Soon after, the state-owned company opened a new bidding process, still in October.

In May of this year, Yinson was the only company to submit bids in the second process for contracting the FPSO. In addition to the Malaysian company, other large groups were qualified to submit proposals. Among them, BW Offshore, SBM Offshore and Teekay Offshore, to name a few.

As Yinson was the only company in so many years to arouse interest in the project and even after negotiations Petrobras considered the Malaysian company’s offer high, the market is now anxiously awaiting Petrobras’ decision on the future of the project.

Petrobras foresees a platform vessel capable of processing 100,000 barrels of oil per day. The area’s integrated project aims to optimize the oil and gas recovery factor, by improving the project’s current drainage network. The Parque das Baleias is composed of the Jubarte, Baleia Anã, Cachalote, Caxaréu and Pirambú fields, in the Campos Basin, off the coast of Espírito Santo. It was there that the first well in the pre-salt in Brazil went into production, in 2008.