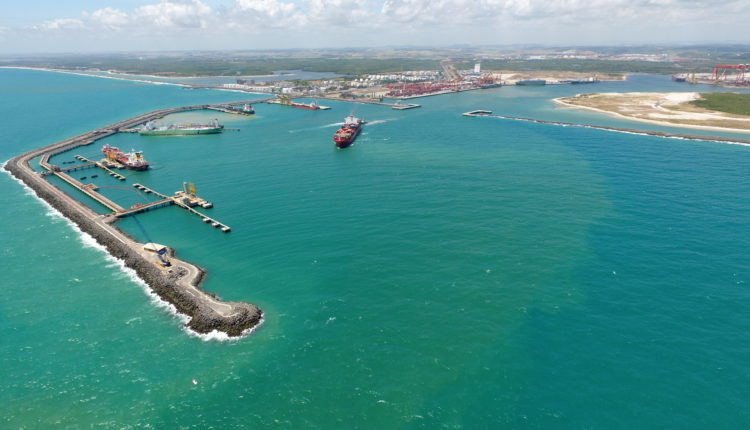 (PetroleoHoje) Hygo (formerly Golar Power) and Aruanã Energia plan to build two LNG facilities at the Port of Suape, in Pernambuco. Under analysis by the ANP, the projects foresee the use of the same area in the port, which motivated the agency’s letter asking for clarification from the Suape administration.

This is the Multiple Use Wharf (MUW), which will be the object of a bidding process for the transfer of rights for the implementation of a LNG terminal, by means of an FSRU vessel. On June 28, the state government published a notice in the Official Gazette of the Union requesting expressions from interested parties within five working days, having received five manifestations.

CEO of Suape, Roberto Duarte Gusmão, stated that the port “has been the object of several studies carried out by industry players with a view to its consolidation as a natural gas hub in the Northeast, due to the geographic, market and structural conditions”. Gusmão also informed that he did not authorize the start of works or operation of the project at the MUW by any company that has expressed interest, leaving the bidding process to be carried out.

Announced in July last year, the Hygo project provides for the distribution of bulk LNG in iso-containers, supplied by a LNGBV (Liquid Natural Gas Bunkering Vessel) vessel with a capacity of up to 7,500 m³ of LNG, berthed at the pier of the MUW. In this way, the company intends to create a “virtual pipeline” for the internalization of LNG.

The project was submitted to the ANP in October 2019 and, after the presentation of several documents, it received its last technical analysis in May of this year, when new measures were requested.

The authorization for the implementation of the LNG terminal at the Port of Suape was requested by Aruanã in April 2021. The import of LNG, regasified by a FSRU vessel permanently moored at the Multiple Uses Wharf and then drained, through two pipelines, is expected to be built, for the distribution networks, operated by Copergás, and transport, by TAG. SIM completed technical analysis this month and also required new documents.

Recently, Aruanã received approval from the ANP to import LNG from the United States in the spot (short-term) market. The company will be able to import up to 14 million m³/day of regasified natural gas, via maritime transport and with the Northeast region as a potential market.