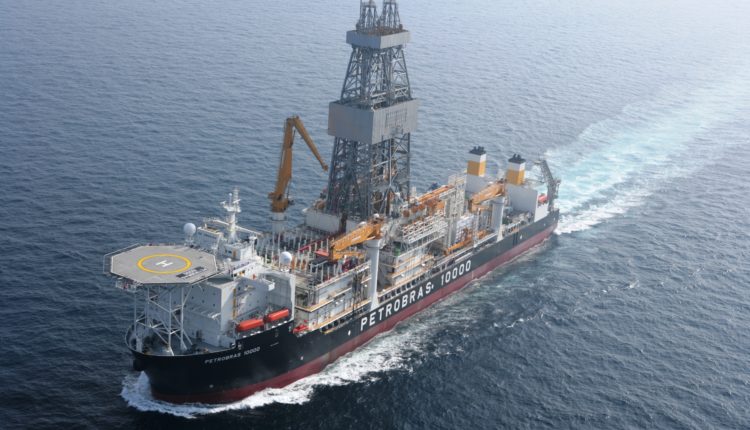 (PetroleoHoje) Petrobras will extend the term of the charter contract for the Petrobras 10.000 drillship, operated by Transocean. The two companies closed an agreement for another two years. The information was confirmed by sources from PetroleoHoje. According to an investigation, the value of the drilling unit’s charter rate was kept unchanged, at around US$300,000/day.

The possibility of extending the charter term was provided for in the contract, and could be exercised by Petrobras. Able to drill in water depths of 3,000 meters, the Petrobras 10.000 drillship operates primarily in the Búzios field, in the Santos cluster, although it carries out campaigns in other assets of the Brazilian oil company.

The Petrobras 10,000 contract would expire in October 2021, but with the extension it will run until October 2023. Negotiations between Petrobras and Transocean began at the end of 2020, soon after the two companies finalized the agreement to extend the deadline chartering contracts for the Deepwater Mykonos and Deepwater Corcovado drillships, which operate exclusively in the Mero field, also located in the Santos Basin.

The Petrobras 10.000 drillship was built abroad by Petrobras at the Samsung shipyard. Transocean has a leasing contract with the rig valid until 2029.

The unit’s debut campaign was carried out abroad, in 2009, in Africa. In 2011, the Petrobras 10.000 was brought to Brazil, being later taken to carry out a campaign in the Gulf of Mexico, in the Cascade-Chinook project.

Since the end of 2018, the rig has been operating in Brazil. With the Petrobras 10.000 agreement, the three Transocean rigs chartered to Petrobras will be under contract until 2023, with maturities in July, August and October.

The contractual extension of Deepwater Mykonos and Deepwater Corcovado was formalized in November 2020.