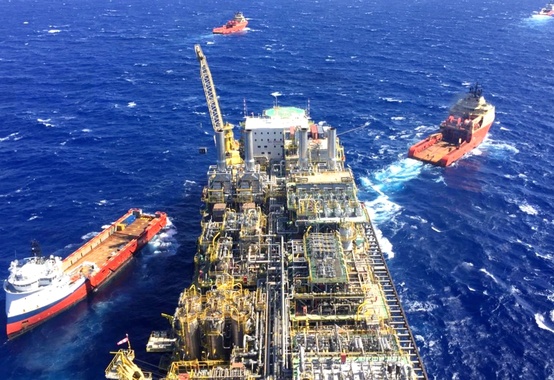 (PetroleoHoje) The contracting of the P-80, FPSO that will make up the 9th unit in Buzios, should only take place in 2022. Less than two months after releasing the bid notice for the acquisition of the new unit in the cluster field under the EPC regime, Petrobras has postponed the delivery date of the proposals to November 16.

With the postponement to November and the possibility of a further postponement, the bet is that the signing of the contact for the construction of the new production unit in Buzios will only be formalized next year. Launched in early May, the notice called for the submission of proposals for September 30th.

The postponement of the deadline draws attention to the projection of specialists who see the possibility that Petrobras will find it difficult to attract a larger number of interested companies, given that the Keppel / Hyundai and Daewoo / Saipem consortiums are already committed to the recent contracts of the P-78 and P-79, respectively.

The FPSOs required by Petrobras in the bidding for the next units in Buzios will have the capacity to produce 225,000 barrels/day of oil and process 12 million m³/day of natural gas, the same size as the FPSO Almirante Tamandaré, recently chartered from SBM and planned to enter into operation in 2024. Companies interested in participating in the bidding will have to indicate in the proposal for lot A whether or not they are interested in other FPSOs. Non-firm units, if contracted, will be acquired at the price of 92.6% of the value of the offer presented for the P-80.

In all, 12 groups are qualified by Petrobras to compete in the contract – Brasfels, EBR (Brazil shipyards), Daewoo Shipbuilding, Hyundai, Keppel, SBM, Technip, Modec, Toyo and Saipem, qualified in the previous process , in 2020, and revalidated again, in addition to newcomers Queiroz Galvão and Sembcorp, qualified in the recent process, started in February 2020.

The Samsung shipyard chose to stay out of the new qualification process for EPCs. The Korean group joined a consortium with Toyo and EBR to compete in the bidding for the P-78 and P-79, but ended up disqualified by Petrobras at the time.

The local content requirement of the bidding units is 25%. The term of the work will be 42 months, and the P-80 should start operating in 2026.

For the time being, the qualified groups continue to evaluate the terms of the tender.