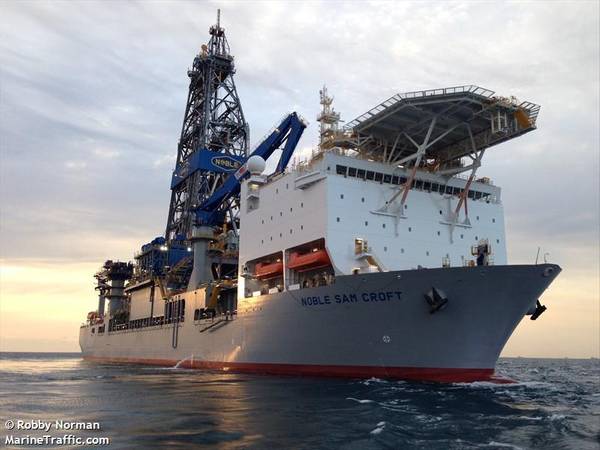 (Offshore Energy) Just like its rival Transocean, offshore drilling contractor Noble Corporation, which has recently marked its 100th anniversary, is optimistic about the market outlook for its rig fleet with a pipeline of tender opportunities developing on the horizon as well as higher day rates.

Noble Corporation celebrated its one-hundred-year anniversary about a month ago, but that is not the only reason why the company is feeling optimistic.

Namely, in the first part of 2021, Noble achieved a number of important strategic objectives.

These include the completion of its financial restructuring in February 2021 and the emergence from Chapter 11 with a renewed balance sheet and the acquisition of rival driller Pacific Drilling, which was announced in late March and completed in mid-April 2021.

As a result of the acquisition, Noble now owns and operates a fleet of 24 rigs, with 11 drillships, 12 jack-ups, and 1 semi-submersible.

“We are on track to achieve our synergy target of $30 million before the end of 2021, and in so doing, lowering our shore-based burden per rig across the consolidated fleet”.

Eifler continued, “We are optimistic about the market outlook and see a pipeline of interesting tender opportunities developing along with improving day rates, especially in the floater market. We remain committed to maintaining a strong balance sheet and to capital discipline, and we look forward to continuing to execute on our strategy and build shareholder value”.

Noble Corp.’s rival Transocean said something similar in its quarterly report this week.

Transocean CEO Jeremy Thigpen said that, in addition to being encouraged by the increasing number of customer inquiries for both harsh-environment and ultra-deepwater projects, the company is “optimistic that oil prices will remain constructive, driving an increase in contracting activity as we move through the year”.

Where are the rigs now?

Noble Corp. said in its 1Q 2021 report on Tuesday that, during the combined first quarter, the jack-up Noble Sam Turner began a two-year contract with Total in Denmark. The rig was previously warm-stacked in the UK from September 2020 until March 2021.

The Noble Lloyd Noble mobilized to the shipyard in late February 2021 and began contract preparation work prior to its contract with Equinor in Norway, which is scheduled to start in the third quarter of 2021, most likely July 2021. The contract is scheduled to expire in March 2022.

The Noble Scott Marks is preparing to return to work for Saudi Aramco in the second quarter of 2021 after its one-year suspension when its day rate was reduced to $0 effective from 10 May 2020 for a period of up to 365 days.

Following a warm-stack period, which started in March 2020, the jack-up Noble Hans Deul began its approximately 13-month contract with IOG in the UK in early April. The contract award is for five firm wells plus two one-well options. It is scheduled to end in early May 2022.

The takeover of Pacific Drilling represents a highly strategic acquisition for Noble, which enhanced the rig owner’s position in the ultra-deepwater market.

When it comes to drillships acquired through the Pacific Drilling takeover, the Pacific Santa Ana is currently under contract with Petronas in Mauritania into the third quarter of 2021. The rig’s day rate under this contract, which is set to expire in mid-August 2021 is $216,000.

Noble said that the day rate disclosure by the previous owner included an integrated services package provided as part of the plug and abandonment project, which was subject to reductions if integrated services activities contracted are not required.

Upon removal of certain integrated services equipment in late April 2021, the day rate was reduced accordingly.

In April, the Pacific Sharav started its contract with Murphy in the U.S. Gulf of Mexico, with a firm term through the second quarter of 2022 or, specifically, late June 2022. The day rate is $180,000.

The Pacific Khamsin is currently preparing for its contract with Petronas in Mexico, scheduled to start in the third quarter of 2021. Starting from August 2021 until mid-October 2021, the rig’s day rate is $192,000.

It is also worth reminding that, following the completion of the acquisition of Pacific, Noble said it would dispose of the 2010-built Pacific Bora and the 2011-built Pacific Mistral drillships expeditiously.

The remaining two drillships previously owned by Pacific Drilling, the Pacific Meltem and Pacific Scirocco, are both cold-stacked in Las Palmas.

The previous arrangement entailed the term for the Noble Tom Madden to end in mid-December 2027 and for the Noble Sam Croft in early January 2022.

An estimated $568 million of the revenue backlog was attributable to the remainder of the year 2021.

On the other hand, Noble’s rival Transocean had a contract backlog of $7.4 billion as of April 2021.

At the end of March 2021, Noble had total liquidity of $603 million consisting of $116 million in cash and $487 million available under the company’s revolving credit facility.

It is worth noting that, upon emergence from Chapter 11, Noble Corp. adopted fresh-start accounting which resulted in it becoming a new reporting entity for accounting and financial reporting purposes.

However, for discussion purposes, on a GAAP basis, Noble’s total revenue and net loss in the Successor period from 6 February 2021 to 31 March 2021 were $92 million and $18 million, respectively.

Total revenue and net income in the Predecessor period from 1 January 2021 to 5 February 2021 were $77 million and $250 million, respectively.

The Predecessor period includes a net reorganization gain of $252 million from 1 January 2021 to 5 February 2021.