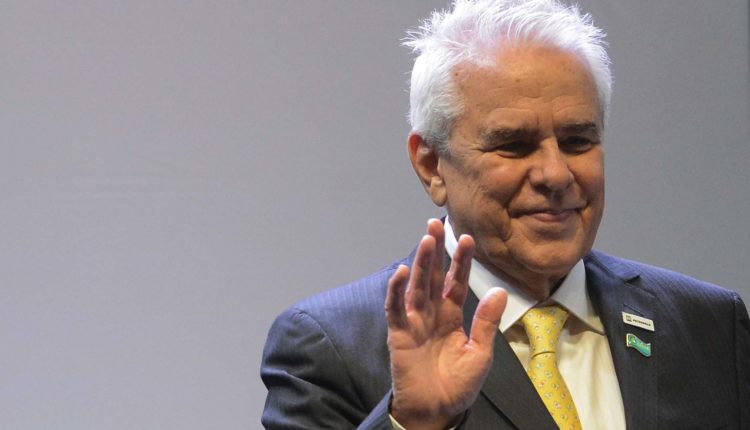 A fifth board member at Brazil’s Petrobras will step down, the company said as of Wednesday, and the state-run oil producer’s shares tumbled more than 3% as management turmoil showed no signs of abating.

A day earlier, four other board members stepped down at Petroleo Brasileiro SA, as the company is formally known. Their messages, disclosed in company security filing late on Tuesday, gave their reasons for effectively resigning a week and a half after Brazil President Jair Bolsonaro said he was ousting the Petrobras CEO Roberto Castello Branco following a string of fuel price increases.

Petrobras said in a filing on Wednesday that a fifth member also did not want to continue.

The five directors were appointed by the government, which holds seven of Petrobras’ 11 board seats, but investors viewed them as staunch opponents of government interference in the publicly-traded company.

After complaining about the price hikes, Bolsonaro appointed Joaquim Silva e Luna, a retired army general who had been running the Itaipu hydroelectric dam on the border with Paraguay, as the new CEO.

Investors were already worried about government interference in Petrobras pricing policy, which resulted in tens of billions of dollars in losses under previous administrations.

Castello Branco is likely to formally step down at a shareholders’ meeting, whose date has yet to be set. The four board members would also step down at that time.

Previously, the government had said it wanted all directors to be reappointed except for Castello Branco, who as CEO automatically sits on the board.

Two departing board members said they could not accept reappointment for personal reasons, while another said his term was being “interrupted unexpectedly” without explanation.

Another said he would not continue because of “upper management changes.”

Preferred shares in Petrobras were down 3.6% at the close of Sao Paulo trading, even as Brent crude futures were up 1.5%.

In a note to clients, analysts at Credit Suisse said the news “could lead to greater government influence over (Petrobras), depending on the final outcome of the (board of directors) election.”

In a separate securities filing, Petrobras laid out procedures for the shareholders’ meeting that will result in the replacement of Castello Branco.

The meeting will be held 30 days after official notice. In the meantime, a committee will examine Silva e Luna’s qualifications to advise shareholders about the appropriateness of his appointment.

Brazilian newspaper O Estado de S. Paulo said the board meeting was being delayed due to concerns about Silva e Luna’s qualifications. The company denied this, saying Petrobras does not need to wait for the committee’s evaluation to call for the meeting, but must contend with unspecified bureaucratic hurdles under Brazilian securities law.