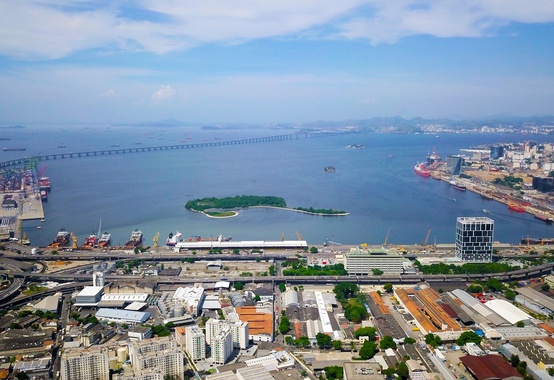 Companhia Docas do Rio de Janeiro signed a transition contract with Petrobras, in order to guarantee the maintenance of the company’s operations in the Port of Rio de Janeiro, which is one of the main bases of the country’s offshore support for the exploration of the Santos Basin pre-salt fields.

Considered very important for the economy of the municipality and the state, the contract is valid for six months and was authorized by the National Waterway Transport Agency (ANTAQ), which also allowed the execution of other subsequent contracts until the bidding process for the area is carried out. . The next step is the elaboration of a Technical, Economic and Environmental Feasibility Study (EVTEA) to proceed with the definitive lease process for the terminal.

According to the Business Development manager at Docas do Rio, Eduardo Miguez, this Petrobras operation in the Port of Rio de Janeiro sustained the first explorations of the pre-salt fields. “The maintenance of this operation demonstrates the commitment and seriousness with which Docas do Rio has been working. This generates confidence and credibility in the market, making Petrobras endeavor to maintain its base in Porto do Rio, which has strategic importance for the company and the country “, emphasized Miguez.

For the superintendent of Planning and Business Development, Pablo Fonseca, the signing of the contract between Docas do Rio and Petrobras is a gain for the entire port community: “In addition to ensuring the maintenance of operations, the activity will continue to contribute greatly to the development socioeconomic situation in the port region. Finally, the signing of the contract demonstrates the strength of the Port of Rio de Janeiro in the face of the oil and gas and port support market “.