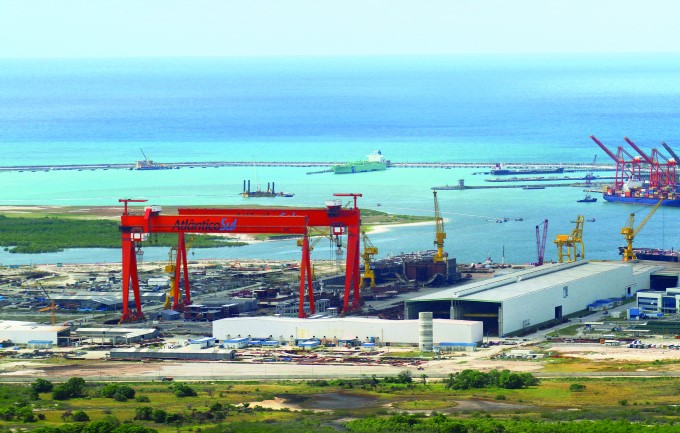 Estaleiro Atlântico Sul (EAS), controlled by Camargo Corrêa and Queiroz Galvão, plans to diversify its activities, in an attempt to generate revenue and convince its creditors that it is capable of restructuring its R$1.3 billion debt.

The company, located in the Suape port complex (PE), has been in bankruptcy since January.

The last ship built at the shipyard was delivered to Transpetro in June 2019. Since then, the group has been seeking to adapt to the new reality of the industry, the president, Nicole Terpins, told Valor.

“We own a state-of-the-art shipyard, which was the result of investments of R$ 4 billion, on a land of 1.6 million square meters, in a privileged location. This puts us in a favorable position to develop new opportunities ”, says the executive.

Today, the group is preparing to enter the oil platform deactivation market – a sector with the potential to generate up to R$ 26 billion in investments over the next five years, according to the National Petroleum Agency (ANP). The so-called decommissioning of platforms involves a series of processes, from cleaning equipment to removing structures.

The idea of ​​EAS is to offer the complete service, according to Nicole. For this, the company has already started soliciting licenses – for example, to remove Coral Sol, a natural predator that lodges on oil platforms.

In addition, the shipyard should house a radioactive waste treatment unit – this material is usually found on the platforms. The company recently signed a memorandum of understanding with Lince, a company specialized in this service, for the construction of a treatment unit at the EAS facilities.

At the same time, the group is also prospecting new businesses in the construction of wind towers, in the leasing of areas for infrastructure projects – possibly a port terminal -, in addition to the resumption of vessel construction and repair activities.

In May, the shipyard had 12 potential contracts under consultation, with a total value of R$ 615.3 million, according to a report by the judicial administrator Medeiros & Medeiros.

The pandemic halted the progress of some of the negotiations, according to the president. For her, however, the negative impact will be short-term. The assessment is that the crisis in the oil sector could encourage the deactivation of platforms that are already at the end of their useful life. “In general, there is an effort to prolong the operation, but the current scenario may encourage decommissioning,” he says.

In parallel with the restructuring of activities, EAS tries to renegotiate its debts with creditors. In April, the group, which is assisted by the firm E.Munhoz Advogados and RK Partners, presented its first judicial reorganization plan.

The proposal, in general, is to pay off your credits in a period of up to 35 years, without an initial forecast of discounts.

The total value of EAS debt is R$ 2.3 billion, but about R $ 1 billion of this total is from related parties, such as group subsidiaries or shareholders. Of the remaining R$ 1.3 billion, BNDES is by far the main creditor, with a credit of R$ 930 million.

The idea, in principle, is that the payment will be made with the resources that will come from the resumption of activities. Sources close to the group, however, say that the sale of assets to guarantee payments is also under discussion. A new recovery plan, incorporating negotiations with creditors, is yet to be submitted.

According to the schedule included in the judicial administrator’s report, the forecast is that the first meeting of creditors, which will decide whether or not to accept the plan, will be held in September.

Estaleiro Atlântico Sul was created in 2005 and became a symbol of the federal policy to stimulate the Brazilian naval industry during PT’s governments.

At the time, shareholders invested R$ 4 billion in the venture, in addition to another R$ 2 billion, which were contracted in financing. The billionaire figures were in line with the expectation of revenue, as the shipyard had large contracts to supply ships to Transpetro and oil exploration rigs to Sete Brasil.

As of 2014, however, these expectations fell, amid the country’s economic crisis and, mainly, the collapse of Petrobras. State-owned companies began to reduce their orders and suspend payments, creating a real breach for EAS, which saw its revenue expectations plummet. The group was not the only one affected by the crisis: in addition, Odebrecht’s Enseada shipyards and Engevix’s Ecovix also had to undergo judicial reorganization.