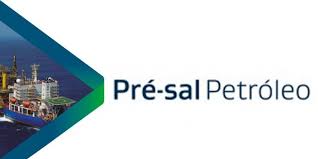 There is a privatization plan for PPSA being discussed at the Ministry of Economy, led by Paulo Guedes, informs the Bloomberg agency. The state-owned company, which represents the Union in the pre-salt sharing contracts, would have been elected, along with Eletrobras, as the priority privatizations of 2020.

– Still according to Bloomberg, the decision starts from an understanding that the crisis triggered by the coronavirus hinders the privatization plans and focusing on Eletrobras and PPSA would be a way to try to unlock larger projects.

– The assessment of supporters of PPSA privatization is that the sale could reach R$ 200 billion in revenue for the Union, according to GloboNews’ economy commentator, João Borges.

– PPSA was created in 2010, with the introduction of the production sharing model in Brazil to offer areas in the pre-salt, where the Union receives part of the oil produced in the fields. PPSA is responsible for marketing the oil and managing the sharing contracts. It represents the interests of the Union.

– It is a divisive theme in the Bolsonaro government. The Economy Minister, Paulo Guedes, has publically defended  for the end of the production sharing model – that this takes away the country’s attractiveness for investments in exploration and production, in comparison with the concession.

– But there is a defense for the continuity of the policy. The end or even occasional changes in the sharing, changes in the PPSA and its eventual privatization are measures that depend on the National Congress, creating the risk of a legislative discussion paralyzing the offer of exploration areas, which gained strength during the government of Michel Temer .

– Currently, there is a defined schedule until 2021, with new rounds of concession (17th and 18th) and production sharing (7th and 8th), in addition to the new offer of surplus volumes of the transfer of rights, which were not contracted in 2019, and the permanent supply of blocks.