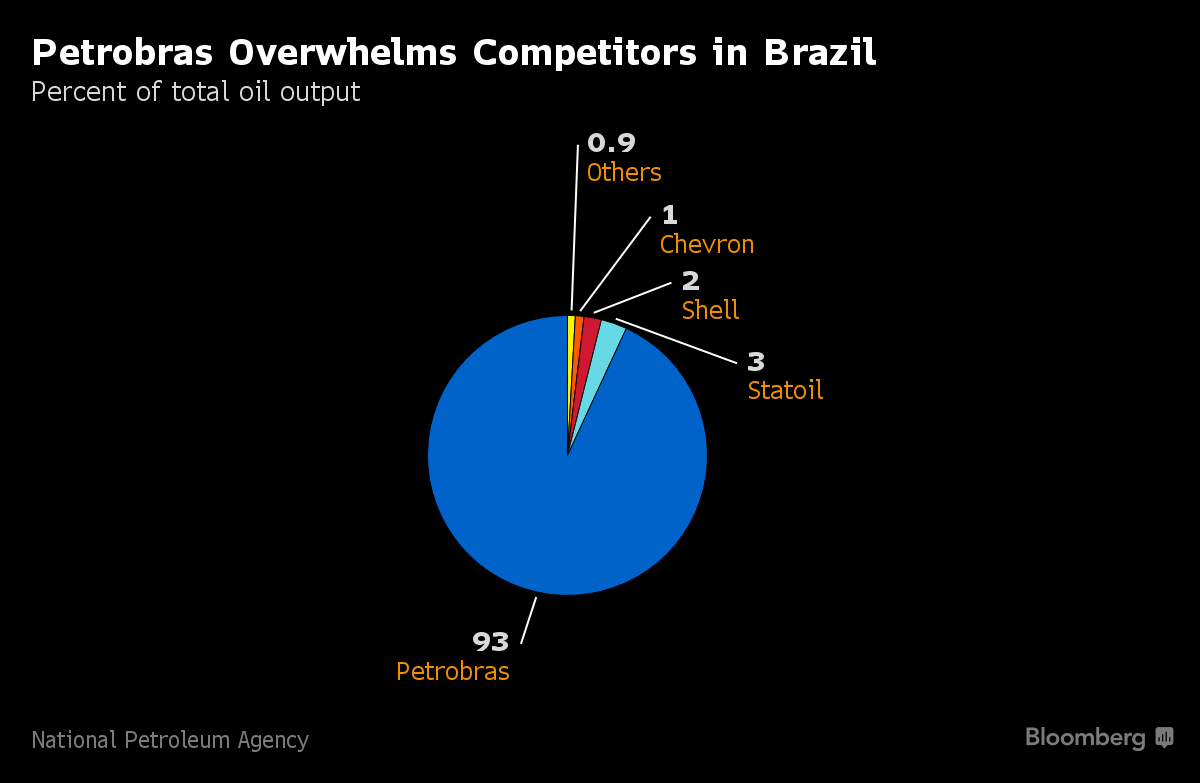 International oil companies are reaching out to Brazil after it opened its most promising offshore region to increased competition, a move welcomed by Petrobras Chief Executive Officer Pedro Parente as he seeks partners to spread investment costs.

Producers rushed to contact Houston-based Brazilian officials last week after Congress removed a requirement that Petrobras control operations at all new projects in an area known as the pre-salt, Parente said. It’s the most investor-friendly change in regulation since the 1997 oil law that ended the company’s monopoly in Brazil.