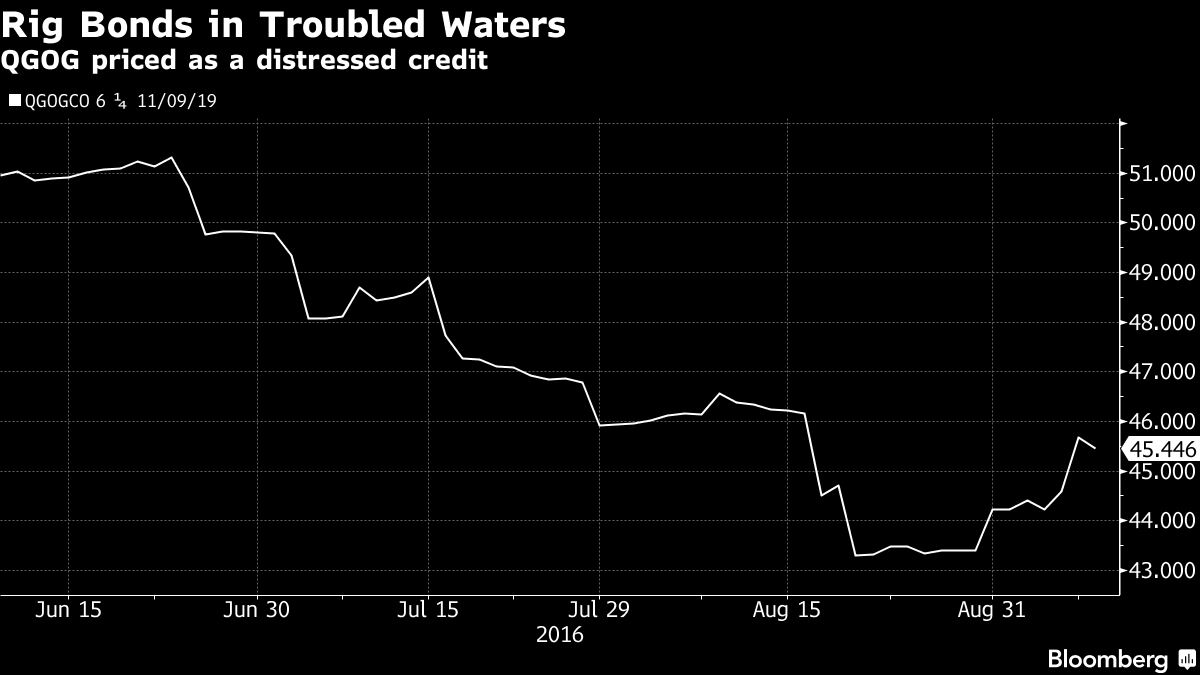 QGOG Constellation SA, which rents rigs to Brazil’s state-controlled crude producer, has seen its $700 million of notes due in 2019 drop 11 percent in the past three months.

The slump reflects mounting concern that Petrobras, as the oil company is known, may not renew rig-leasing contracts with QGOG. Petrobras, the world’s most indebted major oil producer, plans to slash investments to $17.5 billion this year, the lowest in a decade.