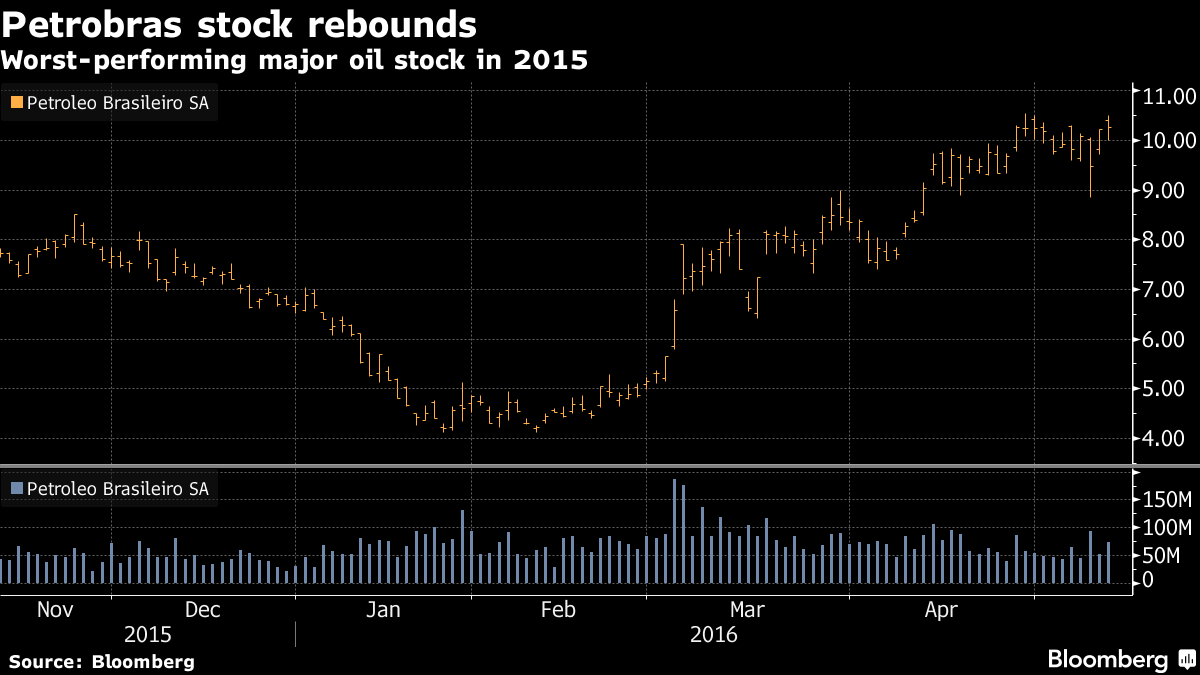 The company’s net loss was 1.25 billion reais, or 0.10 centavos per share, in the first quarter compared with a profit of 5.3 billion reais, or 41 cents, a year earlier. Sales fell to 70.3 billion reais, down 5 percent from a year ago and less than the 78.8 billion-real average estimate of four analysts in a Bloomberg survey.

Petrobras’s refining division, which drove profit in 2015 on lucrative imports of gasoline and diesel, became less profitable as the deepest recession in a century eroded demand. Fuel imports slid 17 percent to 287,000 barrels a day from a year ago, Petrobras said. Oil and natural gas production fell 7 percent from a year ago to to 2.44 million barrels a day because of increased planned maintenance at offshore facilities.