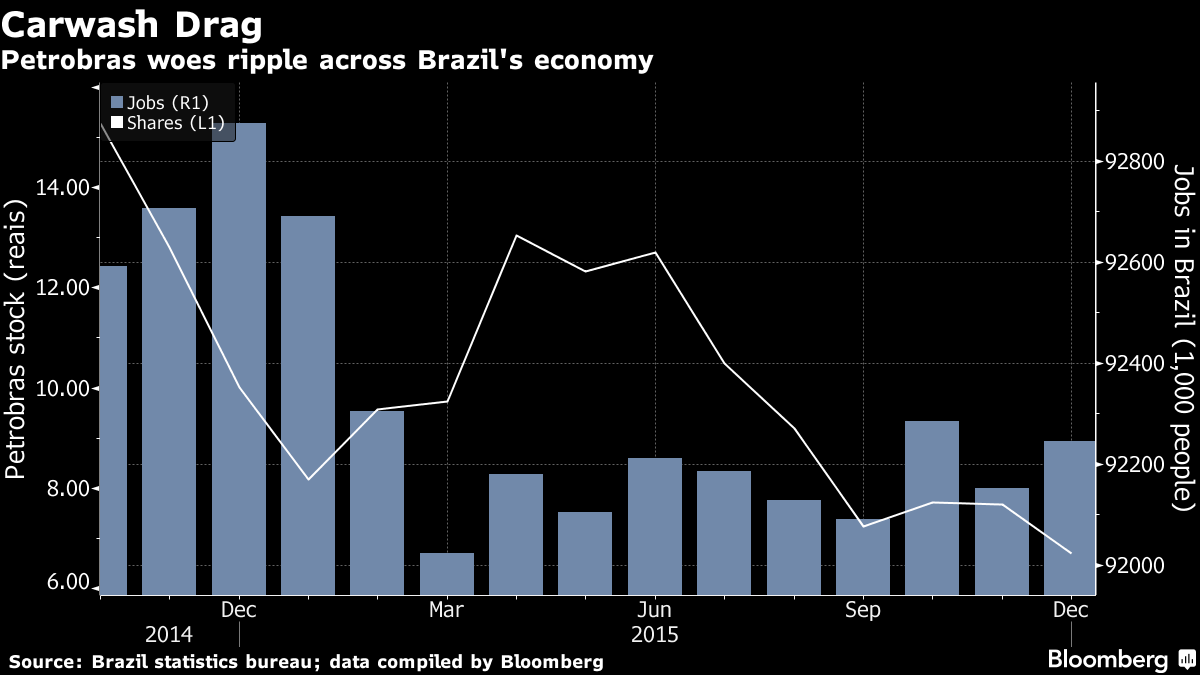 Located just 30 miles east of Rio de Janeiro’s bustling Copacabana beach, Itaborai looks like many oil boomtowns after the bust — except the deserted stores and empty glass towers that loom over this town of 220,000 speak of some bigger cataclysm than the collapse of crude prices.

“They said this would be the new oil city,” says Jefferson Costa, one of scores of migrants from Brazil’s impoverished north lured here by a multibillion-dollar petrochemical project that was supposed to create more than 100,000 jobs. Work on the complex, known as Comperj, has stopped, and unless new investors materialize, the single refinery now standing may never produce a single drop of fuel. “It’s empty inside,” says Costa, a plumber who lost his job six months ago when construction came to a halt. “People say it will become a large warehouse.”

Comperj has become a symbol of pervasive corruption at Brazil’s state-run oil producer, Petrobras. A sprawling investigation by federal police and prosecutors dubbed Operation Carwash has revealed massive graft, implicating construction conglomerates, banks, oil-service providers, shipbuilders and politicians. About 2 percentage points of the 3.8 percent contraction in Brazil’s gross domestic product last year can be attributed to the effects of the scandal on the company and its suppliers, according to estimates from Tendencias, a consulting firm based in Sao Paulo.