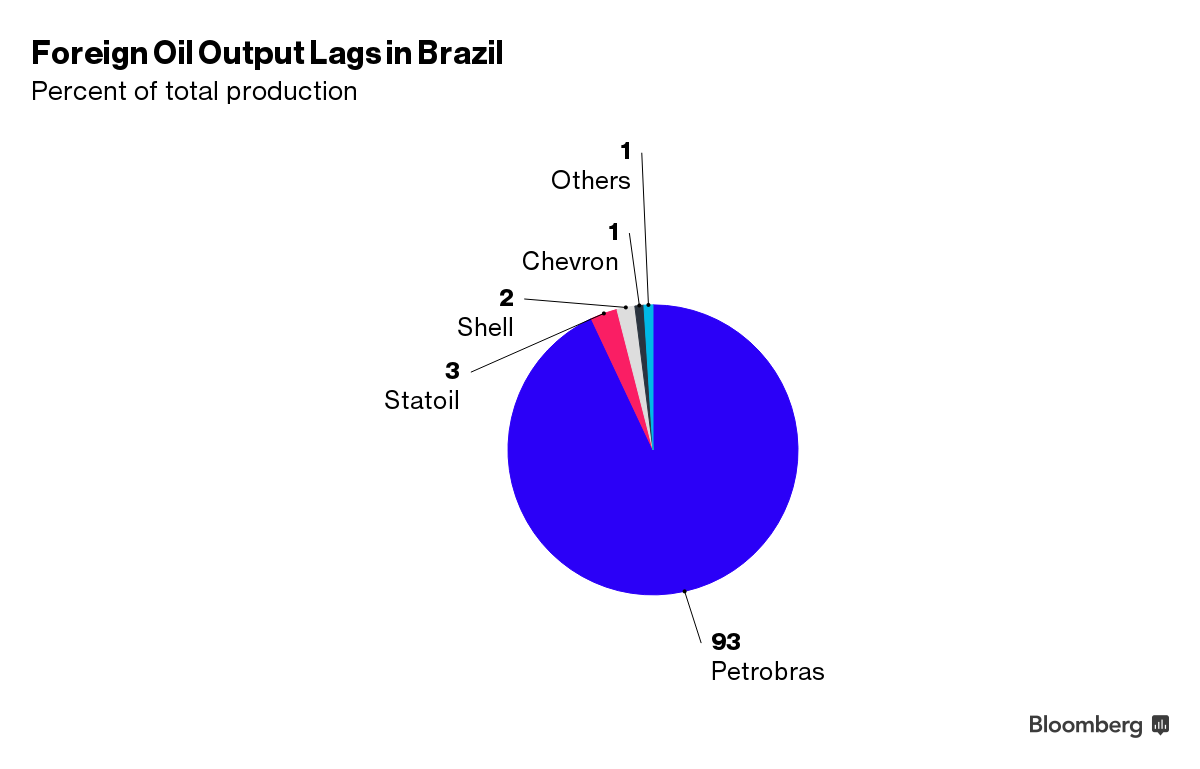 Brazil is more likely to reform its struggling oil industry to attract investments if there is a change in government, some of the country’s top oil executives said at an industry gathering in Houston.

Brazil is expected to ease Buy in Brazil restrictions and auction exploration acreage more regularly if a new government takes over, Jorge Camargo, the head of a lobby group known as the Brazilian Petroleum Institute, said Monday at the Offshore Technology Conference in Houston. Such a move would increase competition in an industry dominated by state-controlled Petroleo Brasileiro SA. Royal Dutch Shell Plc, Total SA, and Barra Energia Petroleo e Gas hope to see reforms accelerate under new leadership, senior executives said at the event.

“We don’t know who will be the next energy minister; there is a lot of uncertainty, but there is a positive expectation that the country has a chance to have a new start,” Camargo told a panel on Monday. “Brazil will soon overcome this crisis.”