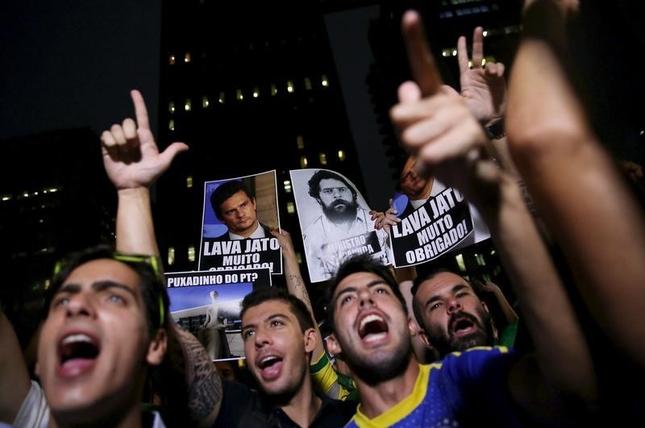 In a Brazil deeply divided by the battle to oust President Dilma Rousseff, one sentiment unites ordinary people on both sides of the impeachment fight – outrage against corruption.

Some worry a historic investigation uncovering huge graft scandals at state oil firm Petrobras (PETR4.SA) could be quietly quashed if, as expected, the Senate votes to put Rousseff on trial next month for breaking budget laws.

Rousseff will be suspended by mid-May if the trial goes ahead and the party set to take over, the Brazilian Democratic Movement Party (PMDB), is as heavily implicated as her ruling Workers Party (PT) in the Petrobras kick-back schemes.

But those leading the investigation insist they will not allow it to be hobbled or run out of steam.

“Federal prosecutors and our own task force will fight ferociously for this investigation to continue to the end,” Carlos Lima, a lead prosecutor for the Petrobras case, told Reuters this week in his modest, shared office in Curitiba.