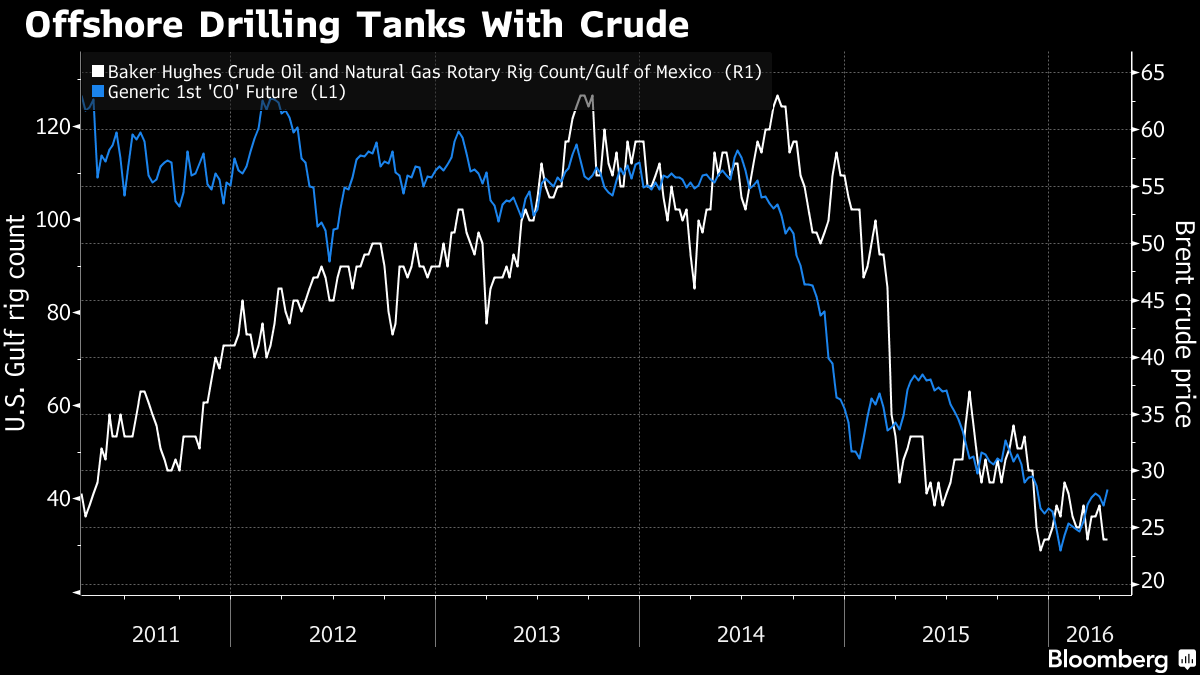 The Obama administration is expected to issue the sweeping new regulations Thursday, a person familiar with the decision said, as part of an effort to reduce the number of well blowouts after the explosion aboard the Deepwater Horizon rig in 2010. The government has pegged the rules’ costs at less than $1 billion.

The changes would arrive amid the worst oil slump in a generation. ConocoPhillips and Chevron Corp. have already abandoned some Gulf prospects because they wouldn’t be profitable at current prices. If the proposals are enacted, exploration outlays in the Gulf will tumble by 70 percent over the next two decades, wiping out as many as 190,000 jobs, according to consulting firm Wood Mackenzie Ltd.

“The Gulf of Mexico is already in a deep downturn as a result of lower oil prices,” said Robin Shoemaker, an industry analyst at Keybanc Capital Markets Inc. “Oil companies and the service providers are trying to come up with ways to reduce costs so the idea that they can absorb any additional expenses — they’re not in that ballpark at all.”
Read more