Petrobras Bankers Have $30 Billion on the Line 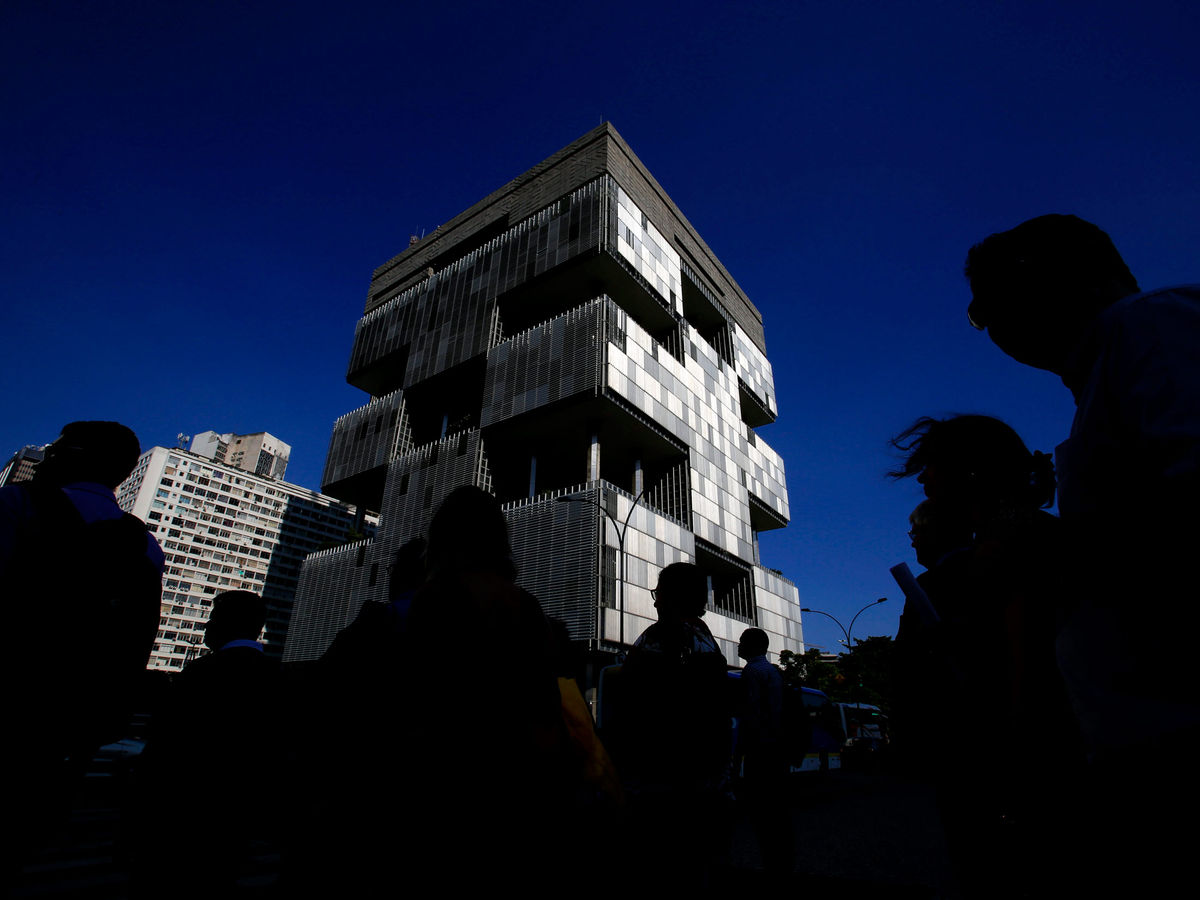 The headquarters of Petroleo Brasileiro in Rio de Janeiro

That’s because he occupied the same post for years at Banco do Brasil SA. The firm is one of the state-controlled banks that Moody’s Investors Service estimates lent a combined $30 billion to Petrobras, which is at the center of what may be Brazil’s widest-ranging corruption investigation.

The banks are coming under scrutiny as Petrobras assesses the extent of writedowns in the wake of allegations that its executives took bribes from builders in exchange for contracts. The lenders are also at risk of higher loan-loss provisions because they will probably have to provide financing to the oil company as funding options dwindle, Moody’s said.

Banco do Brasil SA’s $1.5 billion of notes due 2022 lost 7.7 percent since November, when Petrobras first delayed its earnings report as an investigation expanded into alleged bribes the oil producer got in return for contracts. Caixa Economica Federal’s $500 million of notes with similar maturity slumped 7 percent while BNDES’s $1.75 billion of bonds due 2023 dropped 6.4 percent. Financial companies in emerging markets have lost 0.3 percent in the same span, data compiled by Bloomberg show.

BNDES’s press office said the guarantees that back the loans protect the bank. It’s also strengthening compliance mechanisms to prevent any problems.

The concern also highlights the ever-expanding role of banks that have ratcheted up lending at the behest of President Dilma Rousseff to boost growth.

“Risks are greatest for public banks, which are backed by the federal government and may be compelled to support Petrobras and its supplier base in order to prevent a credit crunch in the industry,” Moody’s said in a report on Monday.

Moody’s chopped Petrobras’s rating by two levels to junk on Feb. 24, the second downgrade in less than a month, on concern the probe will crimp its ability to obtain financing. Its failure to determine the scale of the writedowns has prevented it from reporting audited financial results, putting the company at risk of violating bond contracts that could prompt creditors to demand immediate repayment.

Rio de Janeiro-based BNDES has the greatest exposure to oil and gas, petrochemical and construction companies, with loans accounting for 81.3 percent of the bank’s Tier 1 common equity, according to estimates from JPMorgan Chase & Co.

Bendine, who worked at Banco do Brasil for six years, replaced Maria das Gracas Foster, who announced her resignation as Petrobras’s chief executive officer Feb. 4 after failing to broker a consensus on the cost of the escalating investigation.

Since Rousseff took office in 2011, BNDES has disbursed about $234 billion, more than the World Bank. Banco do Brasil has increased lending at an annual average pace of 19 percent over that period, compared with 13 percent for Itau Unibanco Holding SA, which isn’t state-owned, according to their earnings statements.

Caixa has expanded its loan book more than twice as fast as Brazilian peers in the span, financial results show.

The oil industry made up about 15 percent of Brazilian banks’ corporate portfolios as of year-end 2014, while construction companies accounted for roughly 10 percent, Fitch Ratings said in a report Tuesday.

“Around one-third of our projected 2015 loan-loss provisions for Brazilian banks come from companies related to Petrobras and its chain of goods and services providers,” Fitch said.