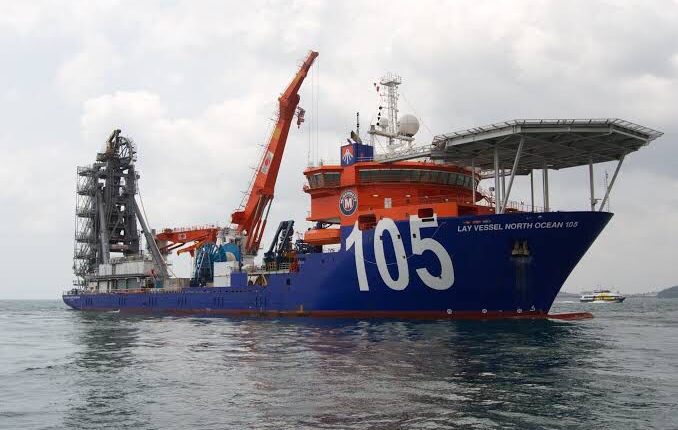 (PetroleoHoje) Petrobras is evaluating the possibility of blocking McDermott, preventing the group from participating in its tenders and signing new contracts for up to three years. The decision, which is already being evaluated by the oil company’s top management, may result in a tender rebid for the campaign to replace part of the flexible risers in the Tupi field with rigid lines, in which McDermott was selected with the best price , but which to this day remains open.

The measure is related to the problems faced by McDermott in the Sepia SURF contract, signed in May 2019, which have generated impacts and losses for the project and Petrobras. This, in turn, would have alerted McDermott that it is evaluating the possibility of blocking. PetróleoHoje approached McDermott, but the company said it was unaware of the issue.

The last major supplier company blocked by the Brazilian oil company was Modec, which was barred from participating in its tenders for 13 months.

Aimed at FPSO Carioca, the Sepia SURF contract is still in the execution phase. McDermott has not yet managed to overcome the problems arising from the coating provided by Cladtek, also faced by TechnipFMC, in the Mero 1 project, and by Saipem, in Buzios 5.

The wells connected to the FPSO Carioca, installed in the Sepia field, operate with flexible pipelines, instead of rigid ones as originally planned by Petrobras. Seven months after the project began operating, four wells were interconnected, three of which were producers and one injector, which ensures production of 109,000 bpd compared to the unit’s installed capacity of 180,000 bpd.

The interconnection of the flexible lines ended up being carried out with vessels from the Petrobras fleet. The service life of flexible lines is considerably shorter than that of rigid lines.

Soon after signing the contract, Petrobras and McDermott had their first disagreements. The supplier twice tried to negotiate the exchange of the launch boat to be used in the campaign, but the state-owned company vetoed the change.

McDermott won the bid, indicating that it would campaign with the North Ocean 105 launch boat, using the reel-lay method. The group’s attempt aimed to charter the Amazon, a boat that uses the j-lay system.

Faced with the threat of blocking and the delay in signing the contract, expectations are growing around the possible rebid to replace part of the flexible risers in the Tupi field with rigid lines. The deal between Petrobras and McDermott has been open since 2021, without the contract having been signed.

The proposals were opened ten months ago. In September 2021, after months of negotiations, Petrobras and McDermott agreed on a price of around US$800 million for the deal, but closing the contract ended up being hampered by the difficulties of the Sepia project.

The Tupi campaign is aimed at replacing 11 flexible pipelines, which will require around 98 km of new lines.

Structured under the letter-invitation model, the bid was launched in December 2020. TechnipFMC presented, at the time, the second best price in the bid.